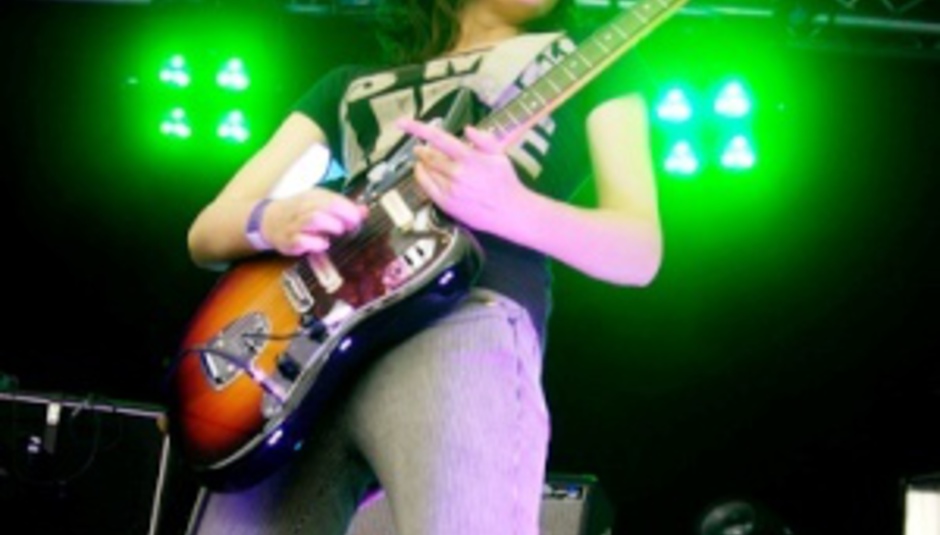 Parts & Labor - seen at this year's Supersonic festival in Birmingham (review) - are to release their new album Receivers on November 3.

That's the UK release, anyway; stateside readers can enjoy it a little earlier, on October 21. Says the blurb:

Sounds decent to us. Since the band's last album, Mapmaker (review), the trio have expanded to a four-piece, welcoming guitarist Sarah Lipstate (pictured at Supersonic) to the fold. Without sounding too pervy: grr. Too pervy? Sorry.