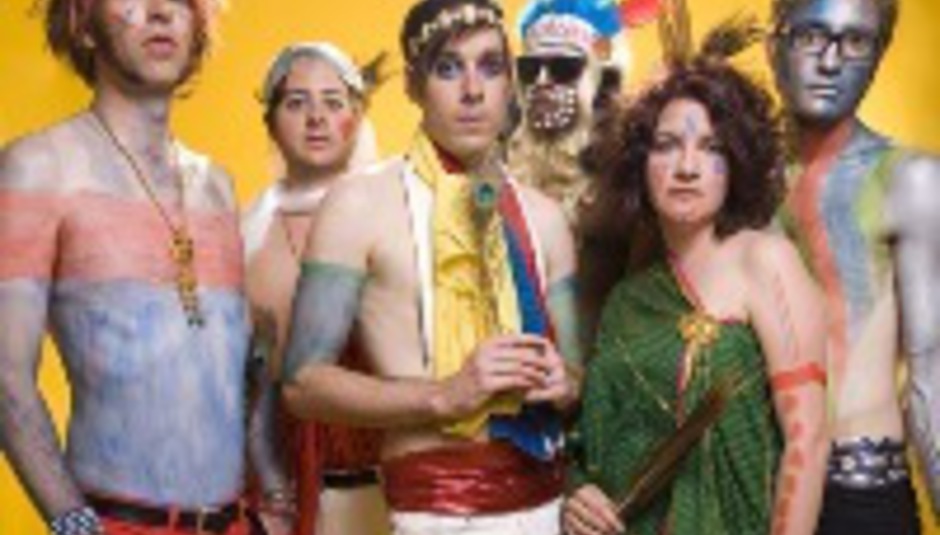 Psych-pop minstrel Kevin Barnes and his band of merry fruitloops, of Montreal, are to return with record #9 this Autumn, the follow-up to 2007’s Hissing Fauna, Are You the Destroyer? (review), with Skeletal Lamping out on Polyvinyl on October 7.

Barnes (and his cross-dressing George Fruit alter-ego) - known throughout the land for his occasional tendency to get his tackle out (not featured in artwork, below) - gave this explanation for the title on his blog:

“This record is my attempt to bring all of my puzzling, contradicting, disturbing, humorous...fantasies, ruminations and observations to the surface, so that I can better dissect and understand their reason for being in my head. Hence the title, Skeletal Lamping. Lamping is the name of a rather dreadful hunting technique where, hunters go into the forest at night, flood an area in light, then shoot, or capture, the animals as they panic and run from their hiding places.” The band play this year’s Field Day and Summer Sundae with new member Ahmed Gallab (Sinkane) on board the good ship. Head over to their website for MORE.