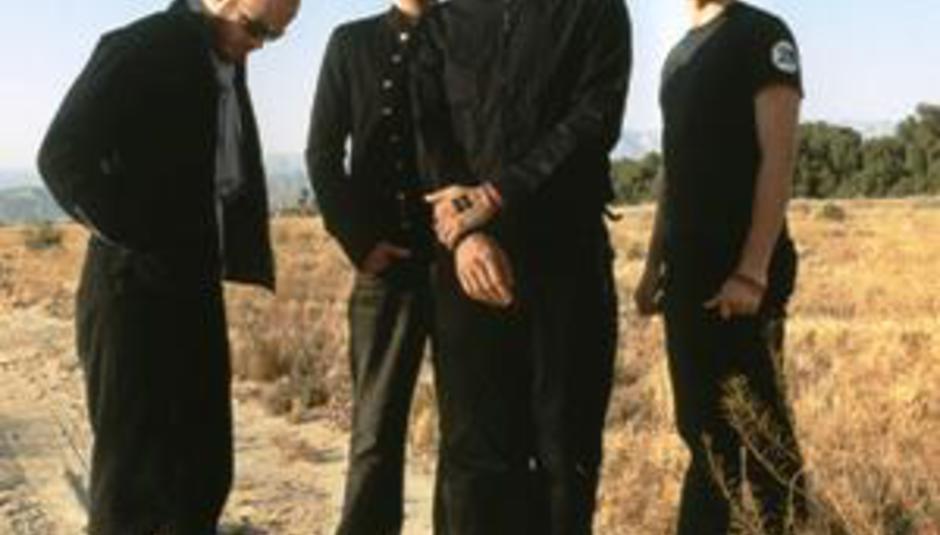 Bravo, Coldplay: the bed-wetters, so we’re led to believe, have triumphed on two fronts, topping the albums and singles charts this week with their new LP Viva La Vida or Death and all his Friends (review) and the album’s download-only title track (which is also number one in the USA). Single proper ‘Violet Hill’ is at 11.

In the singles chart the next new entry isn’t ‘till number 14, where we find Busta Rhymes’ ‘We Made It’, rocking so very slightly thanks to the assistance of ‘featuring’ guests Linkin Park. Last week’s number one, Mint Royale’s ‘Singin’ In The Rain’, drops to eight, while also on the slide are The Ting Tings, ‘That’s Not My Name’ down from four to seven.

Efforts of note, as follows: Wiley’s ‘Wearing My Rolex’ remains in the top 20, at 17; Cage The Elephant’s ‘Ain’t No Rest For The Wicked’ rockets from 196 last week to this week’s 32 (despite their music being appalling, album review); our Single of the Week by Weezer, ‘Pork And Beans’, is at 40; The Subways are new at 44 with the aptly titled ‘Alright’; and MGMT’s ‘Electric Feel’ is closing in on the 40, currently at 50 with physical versions out today. Radiohead’s ‘Creep’ is at 51. Yes, yes it is.

Highest new entry on the albums chart comes from Darren Styles, whose Skydivin’ debuts at 4; the top three are as last week, save for Neil Diamond and Duffy switching places at positions two and three. Also new to the top ten are Feeder, as Silent Cry makes eight (review), and Sara Bareilles, whose Little Voice is a place lower than the Britrock trio.

Congratulations are extended the way of Seattle’s Fleet Foxes, whose self-titled debut just misses a top ten slot, coming in at 11 (review). Pats on the back all round at Bella Union. Dennis Wilson’s Pacific Ocean Blue lands at 16 on the first week of ‘official’ release, and Judas Priest’s Nostradamus is new at 30.

Did anyone realise The Offspring had a new record out? Rise and Fall, Rage and Grace is new at 39. NER*D’s Seeing Sounds drops 20 to 40 (review), and also heading in the wrong direction this week are Elbow’s The Seldom Seen Kid (39 to 43, review), The Pigeon Detectives’ Emergency (34 to 51), and Mystery Jets’ Twenty One (42 to 69, review). With ‘Two Doors Down’ on 6Music every half-hour, The Eel Pie Islanders will be disappointed with that.

Girls Aloud’s Tangled Up props up the top 75 albums. I’m off to lunch.