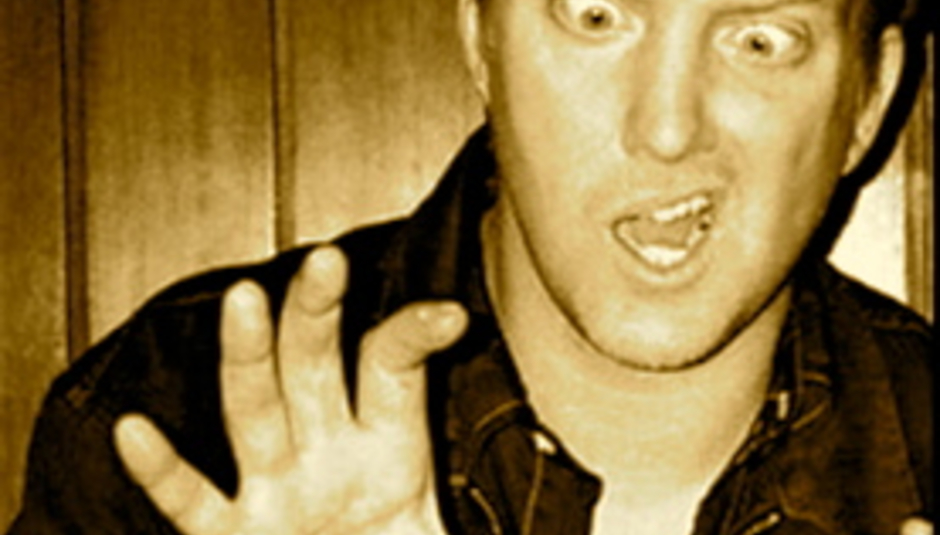 As reported earlier this week, Queen of the Stone Age’s frontman, Josh Homme, had a bit of a potty-mouthed shouting fit on stage in Norway, last weekend.

Having got wind of the 'outrage' from fans and the media, and accompanying accusations that he's a homophobe and possible member of the Westboro Baptist Church gay-hate congregation, Josh has personally responded with this mangle of a grammatically questionable response:

"Member of the Peanut Gallery:

Some journalists & citizens on the internet & are wondering: Q? Am I a homophobe because I included a slang for gay in with other "acceptable" curse words during a verbal lashing I gave a young concertgoer, after being hit by his shoe, during a show the other day? A= Nope. My gay family & friends, as well as myself, KNOW I am not a homophobe. For years now I've known gay is not a choice; one's skin color doesn't determine one's intelligence level; & red hair doesn't mean you're someone's stepchild. You see, it's not the words, it's their intent. I never said, nor suggested, that being gay is wrong, but apparently, based on your outrage to my flu-infused rant, you do! By that logic… I also told that young whipper snapper I'd have anal sex with him… how can I possibly reconcile these opposing viewpoints? I called him a pussy too. Does it mean I hate our one worlds' collective vagina? I never have been nor intend to be politically correct. That's your cross to bear. To me, that PC world would suck more shit than the porta-potty truck at Glastonbury. Homophobic? I'm in Queens of the Stone Age for crissake… You say, "So. Your band name doesn't prove anything." Maybe not. But it's a helluv a lot more definitive than the logic of some watchdog… (sorry canine-American, canine-European, canine-African, canine-Australian & canine-Asian) moralist, keeping score from pure perfectionville? If your glass house is squeegeed that clean & you need to do something, do what the great philosopher Bill Hick's once suggested: — forgive me–. Or don't. I'm not asking for either, OK? I think you should let both of your cheeks go loose so the stick will drop out. Either way I expect that you'll soon find another injustice from your chair, then roll to your bullhorn & point it out to the rest of us… Because you're so above it all. Or If you'll allow me to translate a wish of mine into your PC lingo:

Will you please go have, consensual, sex with yourself.

Pretty please with all natural, carbon offset sugar on top.

DiScuss: Sticks and stones will break your bones but a fight with a rock powerhouse will ruin you? Is Josh Homme homophobic? Or a legend? Et ecetera…