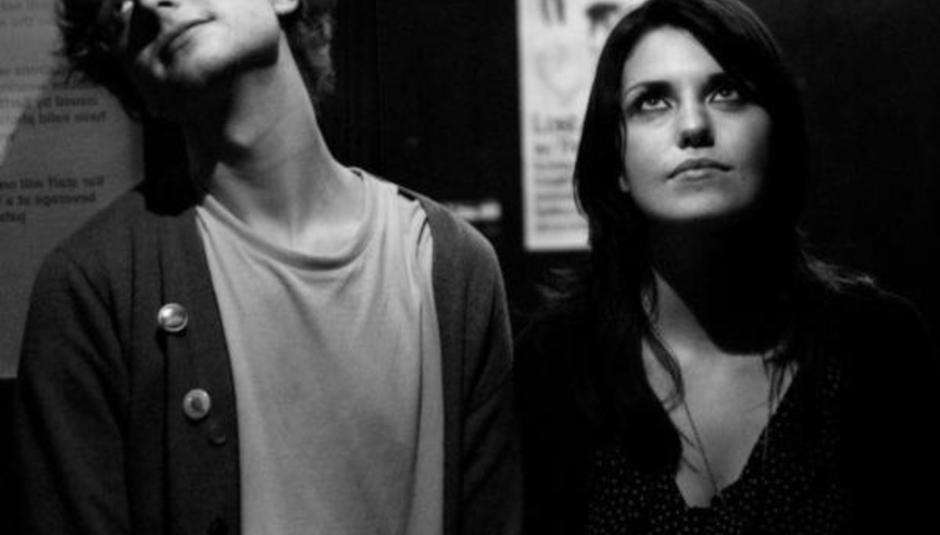 Brighton indie-rock duo Blood Red Shoes release their new single, ‘This Is Not For You’, on July 7.

Says guitarist/vocalist Laura-Mary Carter on the song (click to our Track-by-Track on the album, Box Of Secrets):

"This was one of the last songs we wrote for the album. The lyrics changed from our demo version when we got to the studio to do the album, mostly because I thought they didn’t sit right and stuff was going on with me at the time that inspired the song's meaning. It’s about a failed relationship really. It’s about a time when you know when things aren’t right anymore but you put it to the back of your mind hoping it will somehow resolve itself. It rarely ever does but you still hold some hope. I guess it's a kinda conscious denial. It’s the most experimental song on the album, in terms of trying out layering of vocals and sounds. It’s also our favourite song on the album."

The song'll come backed by a pair of new tracks. Nice. Video:

Blood Red Shoes, 'This Is Not For You'


The band plays live in the autumn as follows: