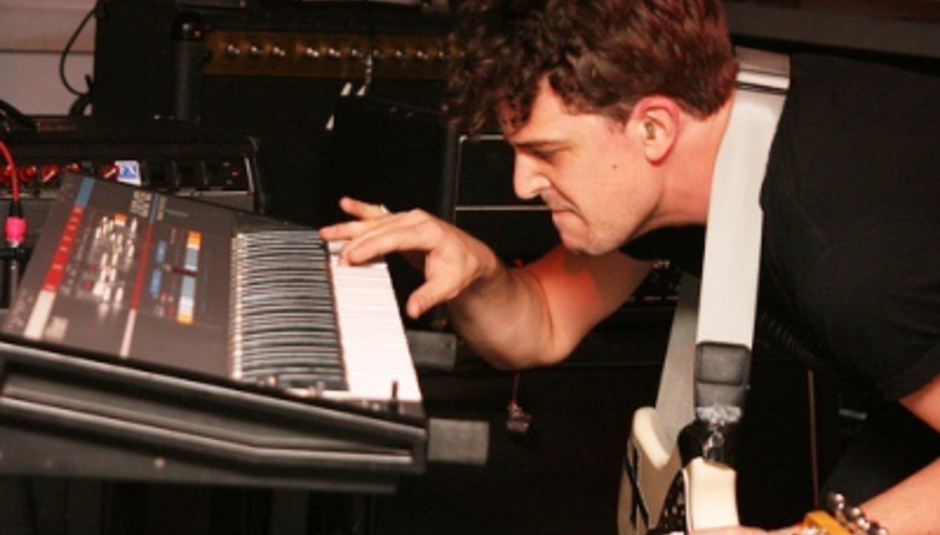 Just as Fuck Buttons were appended to the Meltdown bill earlier this week, so now Australian beat trio Pivot follow; joining Yellow Magic Orchestra at the Royal Festival Hall this Sunday (the 15th of June).

All of which is good of course, as it not only allows us to bask in the glory of an old headline but also to talk to people outside of our office coven, simultaneously spreading the love for Japanese electropop with positivity like this:

"We're very excited to be supporting YMO for the Meltdown festival,” exclaim Pivot. “We're honoured to share the stage with the masters of Japanese electropop themselves. Just as YMO's Ryuichi Sakamoto composed a score for the 1992 Olympics, we also hope to share the same feeling of Olympic heights at the Festival Hall on Sunday."

The band will be onstage from 7.45 ‘til 8.20pm, finishing twenty minutes before Yellow Magic Orchestra’s hour and a half long set.

In other Pivot news, Richard and Laurence Pike and Dave Miller have been personally invited by Sigur Ros to join the band in Sydney on the 2nd of August. Big, big times, fo’ sho’. Find the full Massive Attack-curated Meltdown schedule here.