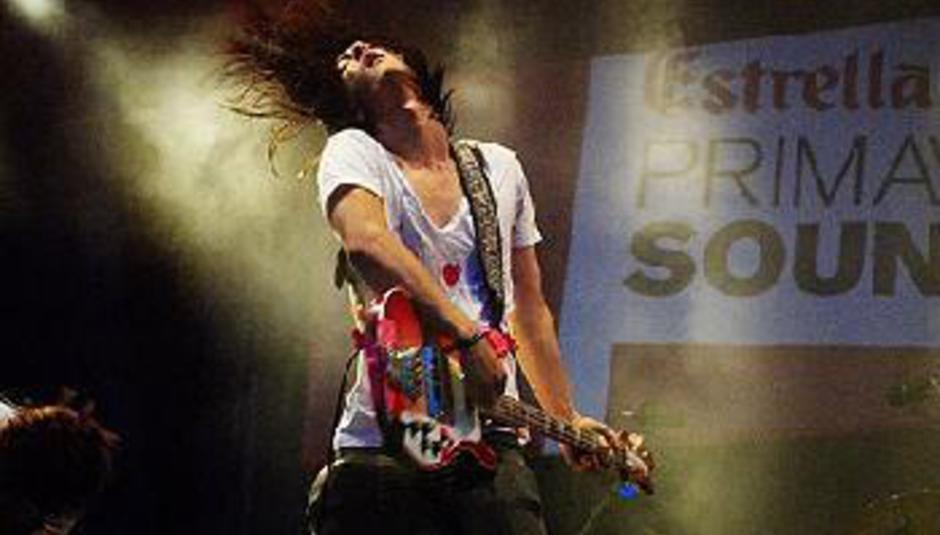 HEALTH have been busy in town this week – the noisy Angelenos played in-shop at the new Pure Groove HQ in Farringdon on what must have been a fairly bizarre Tuesday lunchtime, before heading on to Madame Jojo’s for a White Heat/No Pain in Pop face-off later that evening. After an aborted appearance in Liverpool last night – the wheels were threatening to fall off just outside Birmingham – the quartet should be back in time for a blast-out at the Old Blue Last later on today. Guess what? We’re sponsoring it, along with Vice. But then you were probably aware of that already.

Anyway, to whet those of you who’ve determined to head east for this evening’s show, or maybe just to convince those who’re in two minds – here’s footage recorded at that Pure Groove in-shop for bleary, work-weary eyes.