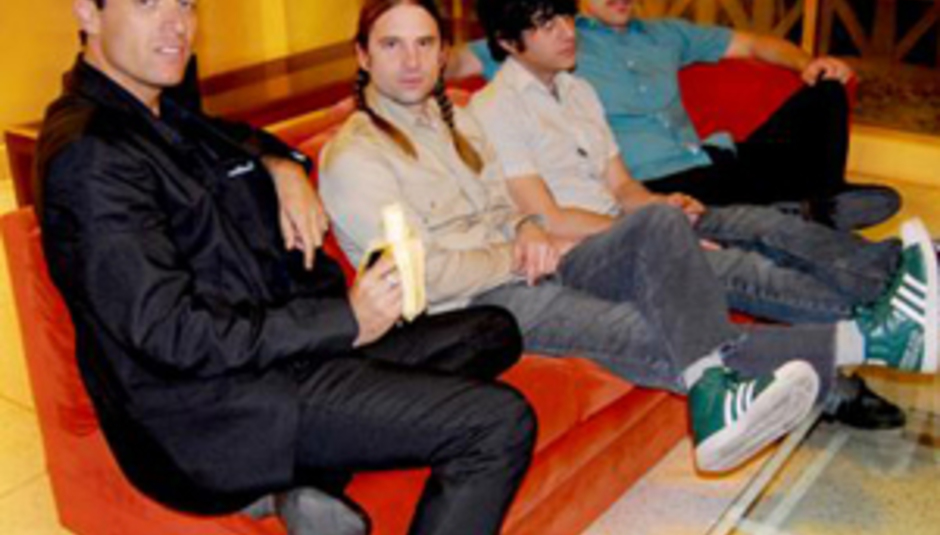 DiS has been speaking to John 'Speedo' Reis, frontman of new San Diego four-piece The Night Marchers and formerly a member of both Rocket From The Crypt and Hot Snakes.

Reis told us, at an east London bar yesterday:

"You can’t listen to a punk rock band now. Punk rock doesn’t exist. There are bands like us that are into punk, and that are informed by it, but it was a phenomenon that came and happened, and what you have now is the aftershocks; you have bands that feel the same feelings, but punk was about a place and a time.

"I’m not saying that punk is dead, but it was a phenomenon that happened. You can say it was complete bullshit, and that people like Jerry Lee Lewis and Mozart before him were punk, y’know, by definition, because they had this maverick, creative spirit. But I’m talking more about a Webster's definition at this point – it was something that came and went, so when you listen to something new… you can’t recreate that. You can’t even recreate those recordings. You can’t make a record that sounds like The Sonics, but people try, they try all the time. They might even come close. But you can’t recreate that."

Our full interview with Speedo - discussing his constant muse, the moment he realised he wanted to join a band, and how he's built a studio out of lava - will run very, very soon. The Night Marchers' debut LP, See You In Magic, is out now via Vagrant. Find the band on MySpace here.

Video: The Night Marchers, live in a car park