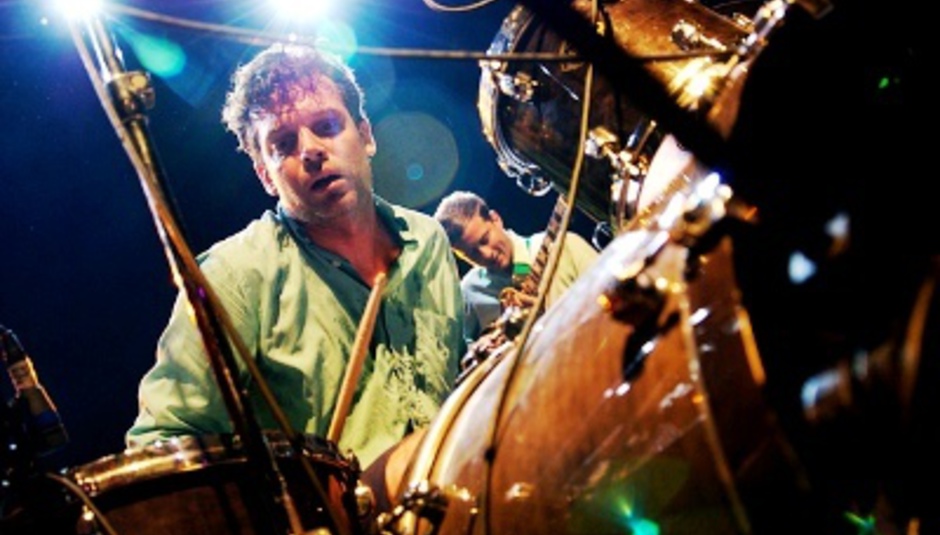 The largest festival in Norway will not take place this year, with organisers planning to file for bankruptcy amid poor ticket sales.

Quart, or Quarten as it’s known locally, had been due to run from the 2nd ‘til the 5th of July at a site in Kristiansand in the south of the country. However, despite boasting a fine array of acts including Gnarls Barkley, Battles (pictured), Kings of Leon, The Streets, **Cradle of Filth, Justice and Interpol, only 2,052 tickets have been sold thus far.

Having budgeted with expectations of selling 30,000 by this stage, the foundation behind Quart had no option but to pull the event. There is "no chance whatsoever" that the event will return in 2009, we were told.

As a prospective media-partner of the event, DrownedinSound was saddened to hear of Quart’s plight and contacted booker Andy Inglis for more on the story.

“As has been widely reported, the board of the Quart Festival took the decision to close it down and declare bankruptcy on Friday evening last week, due to low ticket sales.

“The competition between festivals in Norway is fierce and in the south of the country alone (with a population of just 250,000 people) there are over 30 music festivals. Quart is the oldest of all the major festivals. It was their Glastonbury. Many of my colleagues have worked here since the beginning and their sense of loss is profound.

“I am proud of them, and of the program we booked. And I am grateful to them beyond words for the courtesy, kindness and patience they have showed me since I moved to Kristiansand at the beginning of the year. Finally, to those artists we booked to perform who will now have to change or even cancel their plans, and to everyone who suffers because of this; I am sorry.”