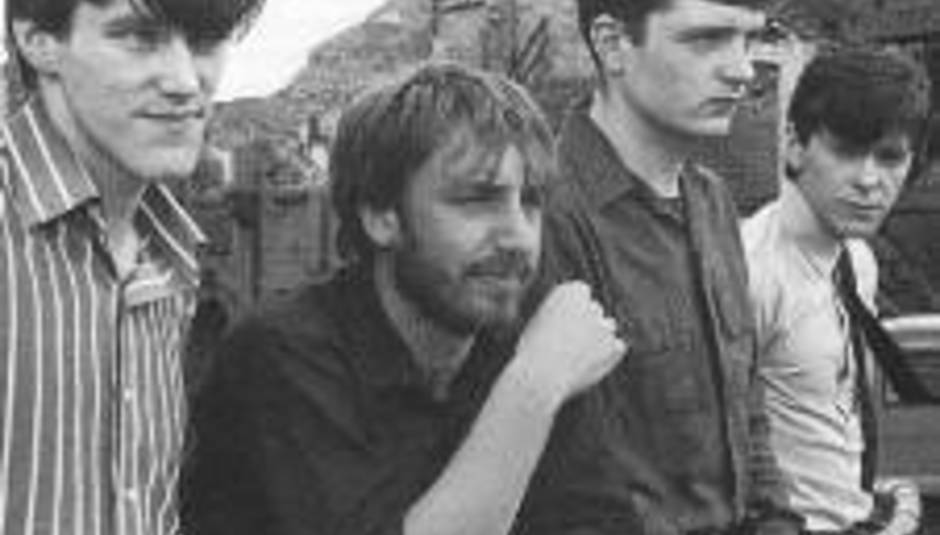 You've already got the shoes... ...and, no doubt, a tattoo of Ian Curtis's face superimposed over your own/your balls. Where next? In a parallel universe, this is cool... The tech company every geek loves to hate, Microsoft, yesterday announced that they're joining the Ian Curtis funeral conga line and making a special Joy Division Zune player to coincide with the DVD release of the non-Control JD documentary Joy Division.

In an advertorial/press release rehash on Spin.com, Chris Stephenson, GM Global Marketing at Zune made this No Logo-friendly statement "It's a tribute to deep respect for graphic design that lives on through artists like Peter Saville, and to independent film-makers that believe in more than just commercial success. Ultimately it's a tribute to the self-belief and self-expression that inspires true authentic art."

If for some reason you want to get your hands on one of these, they are limited to 500 and will set you back $399 (about two hundred quid). If you happen to want one, you should probably read this first.

DiScuss: Have you ever met anyone who owns a Zune? Whatever next, a Jetson's themed Rio player?