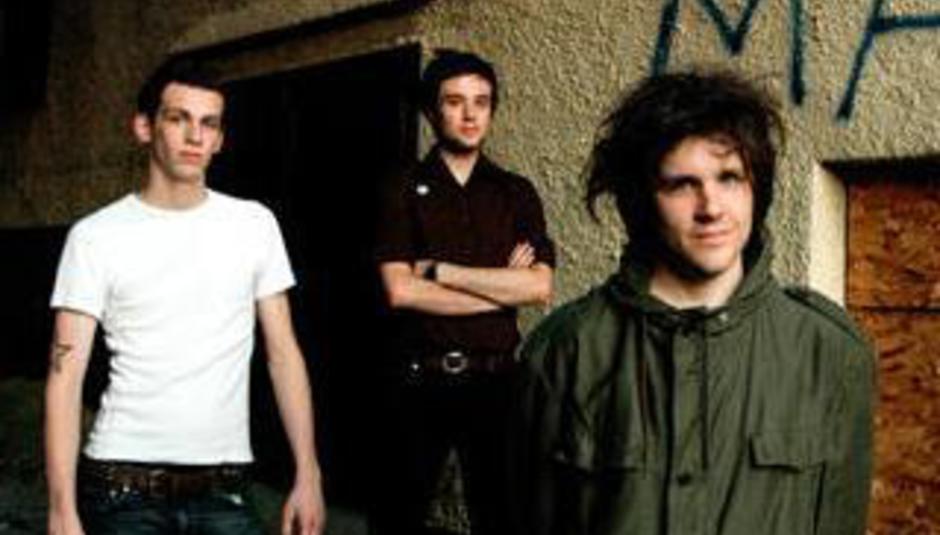 DiS doubles up on a live front in London this weekend with a pair of shows we know you’re going to wish you were at if you miss them.

An Emergency (pictured)
Hot Snakes-cum-Ex Models twitchy-itchy punk rock with keys from Exeter and Brighton; new LP Wrecked Angles is out now via STA/Faux Discx.
MySpace / DiScover (2007) / We Are The Octagonists review

Jonquil
Blissfully absorbing indie-folk collective from Oxford featuring a stray Youthmovie amongst an ensemble of fantastically talented musicians; the band’s Lions LP has just been re-issued via Try Harder after selling out of its original run. Definitely one for fans of Beirut, Black Heart Procession, and Bonnie ‘Prince’ Billy.
MySpace / DiScover / Lions review

This Town Needs Guns
Hyperactively boisterous math-infected indie-rockers (for fans of: Youthmovies, Dismemberment Plan, Johnny Foreigner, Owls) who are often the talk of the DiS boards whenever one of their members breathes a word about the band’s forthcoming debut LP proper, Animals (released via BSM in October); already available is a celebrated split with Cats And Cats And Cats, which spawned the rather ace track ‘26 Is Dancier Than 4’, which you can watch the video to below.
MySpace / BSM label focus / Split LP review

Baddies
Southend-spawned four-piece presently attracting a decent level of buzz from those with their ears pressed hardest to the dirt, whose accessible whoop-whoop art-rock has recently graced stages in support to The Futureheads; expect a high-energy performance to stick in the brain for the foreseeable.
MySpace

Rolo Tomassi
Sheffield spazz-punk key-whiz kids with a stranglehold on DiS boarders and the industry’s more masochistic gig-goers who played no fewer that three shows for us last year, as well as a sponsored tour – to say we’re fans is a small understatement. Their critically acclaimed EP of 2006 will soon be succeeded by an LP proper; in the meantime do see them whenever you can.
MySpace / 2007 tour diary / EP review

Dananananaykroyd
Glasgow’s not-so-brilliantly kept best secret in underground circles; a dynamic sextet celebrating the release of their superb Sissy Hits EP with a headline set at Barden’s. The EP – reviewed here before it had a home – is released soon via Holy Roar, also home to Rolo Tomassi. Keeping it in the family.
MySpace / interview / Sissy Hits review

Video: ‘The Greater Than Symbol And The Hash’

Plus DJ action from me at both shows. Buy me a drink and I might play you a request. Hope to see some friendly faces!