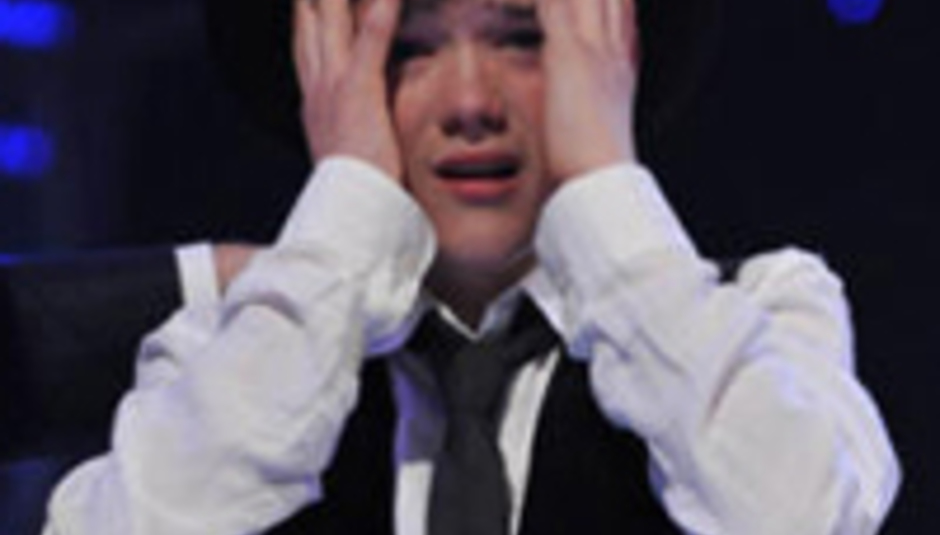 Around 10pm (GMT) on Saturday night, DrownedinSound was watching with a dumb smile as Bradford Cox and Deerhunter ploughed the motorik beat of some incredible new song into the concrete of Barcelona’s Parc del Forum, from the bleachers by the ATP stage a few metres from the Mediterranean. Back in the UK, you were watching as 14-year-old Warrington lad George Sampson spasmed his way to victory in front of some scantily clad toddlers and a confused border collie on Britain’s Got Talent. While not wishing to rain on the winner’s parade, DiS is moving the fuck to Spain.

Anyway – so many people watched Sampson pop his body to Mint Royale’s version of ‘Singing in the Rain’ (the program attracted an average of 13.1m viewers and a peak of 14.4m according to unofficial overnight figures) that the track is tipped to top the UK singles charts this weekend. Well, it’s more than ‘tipped’ – it’s outselling closest rival and last week’s number one, Rihanna’s ‘Take a Bow’, by two-to-one.

But while this will presumably be seen as just another turd tossed atop British pop culture’s creaking coffin, the truly unprecedented thing is that this will be the first track to top the charts purely through the combined might of Google and iTunes. There is absolutely no push behind ‘Singing in the Rain’ from Mint Royale’s record company Sony – no stocking in shop shelves, or plugging through radio, press et cetera.

So essentially ‘Singing in the Rain’ is Britain’s first ever autonomous number one single, emerging from the limbo of singles past left to drift in the virtual realm to take 100 per cent of its profits through download. Not a single physical copy has been sold.

That's something for the industry to think about - along with just how they're going to turn Sampson's abysmal breakdancing into pound notes.

DiScuss: what single should George Sampson's whack dancing send to number one next?