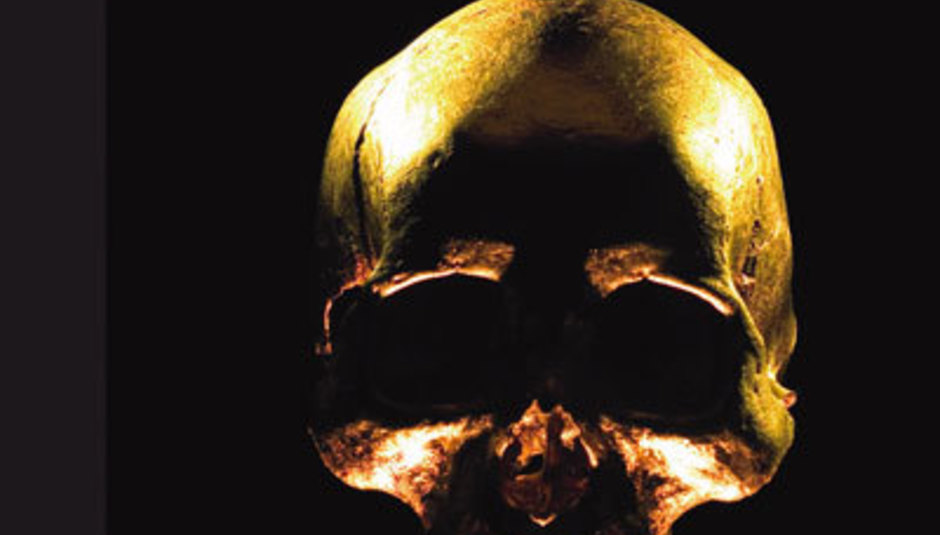 DiS is very much still in love with Canadian heart-strokers The Stills and is very excited to have had a sneaky listen to their new album.

On first impressions Oceans Will Rise (we believe the above is the artwork), their forthcoming third album and first for Arts & Crafts, is perplexingly both groovier and darker than previous records. Imagine kids partying in a room with blood splattered walls. There're some beautiful drones, which find themselves stumbling somewhere between The Shins’ last record, Death Cab for Cutie's recent single 'I Will Possess Your Heart', and all the classic records which inspired pair of 'em. There're a few corking epic singles on here, too.

We probably shouldn't even be writing about this so we'll let the band explain. This is what they posted to MySpace...

We have been scraping and gouging frantic, ripping through thick black unbelievable earth, deep below the surface, crazy for daylight, crazy to reach the top. We are sick and we are thin, but we are coming back to you, like some desperate bodiless claws scuttling across the floors of silent seas on this, the most important mission.

Our new album is called Oceans Will Rise, and it will be released on August 19 on Arts & Crafts.

It is about the world we have seen and been through in the past several years, and all the beautiful, painful, wasted, joyful, smeared-sky, sick blissful wandering it has led us on, on the trail of some prey, on the brink of something huge, tiny and helpless, all you can feel is the whole universe shaking to its limit just that tiny bit more every split-split trillisecond, you can almost hear it happening in tiny detail if you hold your breath in long enough, little cracks and ancient-glacier-ice-whining.

We leave you with two songs to tide you over for now until the full album is released. ‘Being Here’ will be the first single from the album, with an accompanying video, to be fully released later in June. We hope you enjoy these.

We are nothing without the people who have shown us the greatest love and kindness ever known and shown on this earth, and that - you - is who this album was made for and inspired by. So until August 19, know that this is what we hope you can hold onto. For now.

Wishing you happiness and much love,
The Stills"

Here's a rather odd video from YouTube of the track 'Snakcharming the Masses':