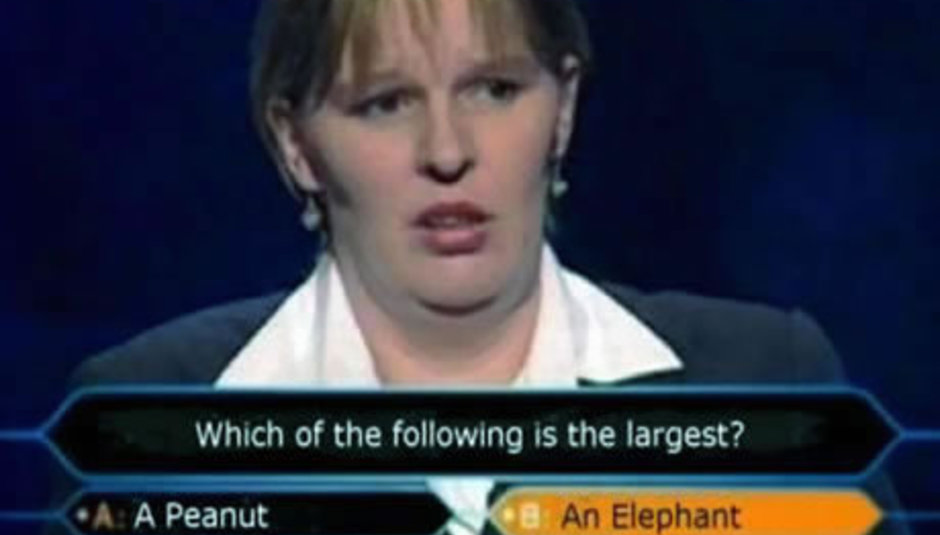 by Sean Adams May 30th, 2008
The humble quiz has been a preserve of the self-appointed legend since time began. In fact, we're pretty sure that High Fidelity-esque geekdom grew from the same smartarses who collected and named every plant in the Garden of Eden.

Anyway, it's Friday and we rather liked this quiz someone sent us this morning and thought you'd enjoy doing it and posting a comment boasting just how fricken smart you is.

6. Which of these bands has the MOST members:
The Polyphonic Spree
Casiotone for the Painfully Alone
The Dirty Dozen Brass Band
Broken Social Scene

Show us what you've got here: MyMusicIQ.co.uk