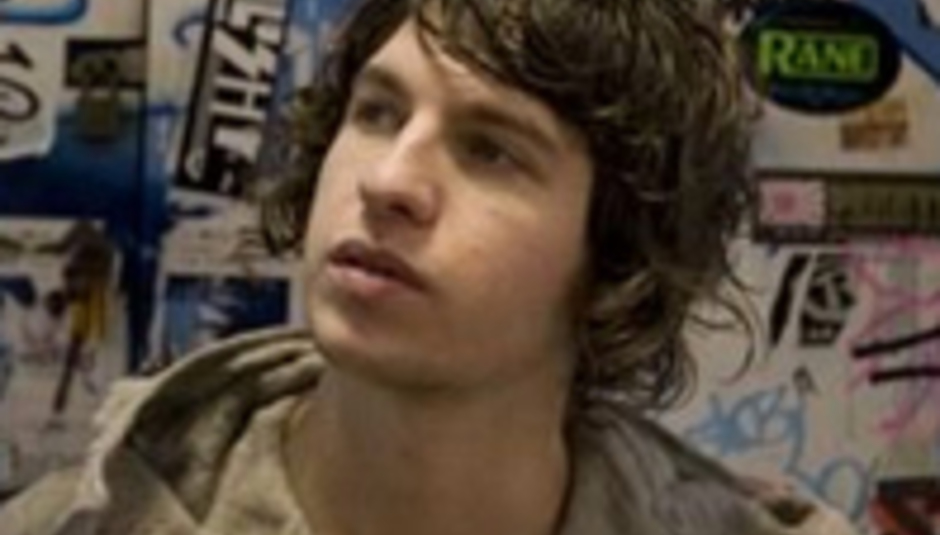 The Kooks are prepared to kick people in the face. That was the message coming from the band’s camp at the end of last week, as frontman Luke Pritchard - pictured, in front of someone else's graffiti - regaled the Daily Mirror with the story of how once he booted Arctic Monkey Alex Turner right in the kisser. Boom! Well, now it's a new week and the band have returned with ‘arden up PR tale #2, entitled ‘the one where Luke sticks it to the teachers who said he’d never make it’. Yeah, that’ll show those book-reading bastards.

“At school my music teacher told me over and over again that I was wasting my time and should try a different profession,” Pritchard told the Daily Star.

“I think I’ll send him a platinum Kooks album one day.”

Do we get one, too? Strange as it may seem, DrownedinSound can’t imagine what Luke Pritchard would be doing now if he wasn’t in a band. Media?