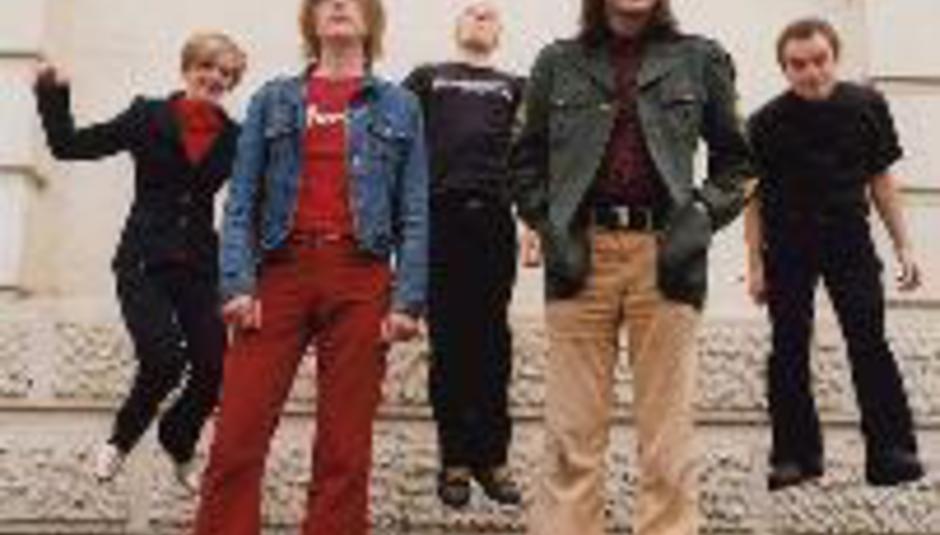 The Rock Action-signed band, whose name is inspired by the Klingklang studio Kraftwerk own, received a fax from a promoter associated with the legendary outfit before a show supporting Portishead in Cologne last Sunday (6 Apr).

Kraftwerk have apparently registered the trademark ‘Klingklang’ – which translates as ‘ding dong’ in German – and are threatening to sue if Kling Klang don’t change their name.

The band's management intend to consult a legal advisor, saying that they are “not too prone to accept Kraftwerk’s request”. They go on to state that the multimillionaire kraut-rock legends should be "paternally gratified" that a band have chosen to find inspiration in the work they’ve produced, though DiS has been asked to make it clear that these are the views of the management and not Kling Klang themselves.

Perhaps their reaction is more understandable when you take into account Kraftwerk refer to their studio as “the mother ship” and they’re so attached to it that they boxed it up and took it out on their 1981 world tour with them.

For now undaunted though, Kling Klang will soon return to the studio to record their new album, the follow-up to Esthetik of Destruction set to arrive through Mogwai’s Rock Action label by the end of the year. Before then, they'll continue to support Portishead next month in France and Belgium.