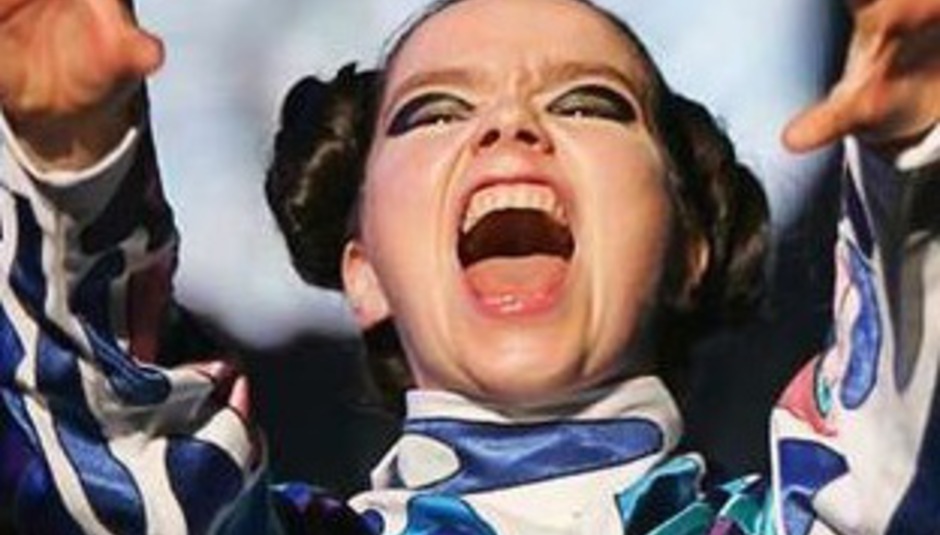 Björk has revealed that she's no political spokesperson after the controversy kicked up by this little twin-finger salute to China's government.

“When I said ‘Tibet, Tibet’, I whispered it three times. There was no fuss in the room. It happened afterwards on websites. It shows more than anything that China has become the next superpower in the world. And the issue is: how are they going to deal with Western moral issues like freedom of speech? China said, ‘It's obvious Björk planned a trip to China with the purpose of political propaganda gathering’… and I was like, no! It's not true! It's a question of [them] sensationalising it.”

Despite assumptions that her work is hugely politically influenced, and that she too is wanting to be seen as a voice for political change, Björk told Jude that she doesn’t want to be seen as any sort of spokesperson:

“Perhaps after what's happened, people will find that difficult to believe. But I'm still working from an emotional core, and my songs come from private and personal experiences. Even songs like ‘Declare Independence’ for me are about humanity.

“I stand by what I said, but I think what I should do is make more music, go in the studio and make more songs, have that connection to people.”

The Lipster will be running a series of features focusing on Björk starting April 7, in the run up to her UK tour of the same month (dates).