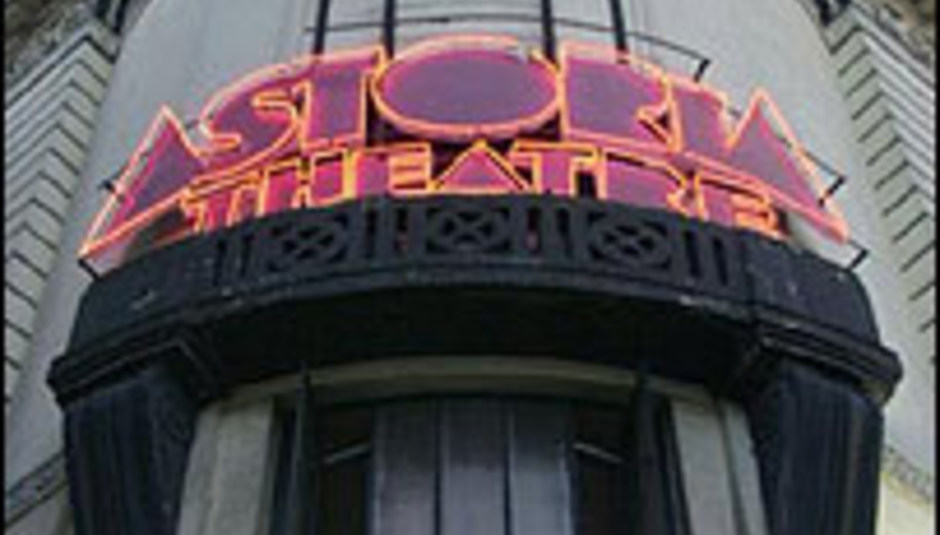 Music fans respond to closure of the London Astoria

It was announced yesterday that the Astoria, one of London’s most popular live music venues, will definitely close in the near future.

Mayor of London Ken Livingstone confirmed as much in a report on the progress of the Crossrail scheme that’ll see Maidenhead, 25 miles west of London, linked directly with Shenfield in Essex via the Central line.

Completion of the project isn’t expected until 2017 but the extent of development needed makes the Astoria’s destruction inevitable.

"The construction of Crossrail means that the Astoria can't be saved," said Livingstone, before offering some hope for the 35,000 petitioners looking to keep the venue open.

“We're basically putting in a vast train station but the developers that have actually drawn up the scheme for the area are replacing [the Astoria] with a larger live music venue."

We’ve collected some comments posted at this board thread by DrownedinSound users in an attempt to gauge public reaction to the news. Feel free to contribute to the debate below.

A previous DiScussion feature on the Astoria's closure, written by DiS editor Mike Diver when the venue was bought by new owners in August 2006, can be found here.

i love the astoria
so many memories!
:(
bring on the future i guess!
x
miss-claire


Beer's too pricy
Crossrail ftw! [for the win, ed]
Ehwhat

oh well
i suppose we'll be happier when we can all get from our modern apartments in Stratford into central London in 17.2 minutes.
Guntrip

I'd rather have Crossrail than the Astoria. Sad to see it go, but life goes on. No-one moans anymore about shutting down the Clarendon in Hammersmith or the Canearvon Castle in Camden.
Silentcommand

why not just run the line under the other side of the road and knock down 'Zavvi' and that grim pub The Tottenham.
Don't think anyone would miss that too much.
John_K

No! My favourite venue, it's just the right size for when a band is breaking through. Why do they want to build a bigger venue in it's place?

35,000 signatures on a petition is quite a lot, shows how little difference they tend to make. Depressing, very depressing.
John_K

It's sad as it's the only London venue that really bridges the gap between the 1000-capacity Scala/Koko/Shepherd's Bush Empire type venues, and the 4000-capacity Brixton Academy/Hammersmith Apollo. Unless you count the Forum, which is the worst venue on Earth.
Citizenmeh

like the place, some good memories there but I'm all for crossrail so I can't moan
Jack_El_Biscuit

Astoria was legendary. Its in a pretty legendary part of London. and now its going to be a train station.

If they're replacing it with a venue, it better the best bloody venue London's ever seen…basically, they need another shepherds bush empire. Or a new astoria. without the shitty stairwell and the general scummyness of the surrounding area.
HolmenatorNo2

Started going to the Astoria 20+ years ago.
Seen some 'legendary' shows there. Mudhoney, Tad & Nirvana together. Afghan Whigs, Mogwai + Arab Strap and SFA. Pavement, Sebadoh, Teenage Fanclub, Animal Collective etc etc etc
Not bothered in the slightest that it's gonna be knocked down. Smelly old dump with pushy security and over priced rubbish drinks. That its got away with being so crap for so long is mystifying. Koko's by no means perfect, but at least it's clean(ish) if a little odd smelling.....
Smallstone

DrownedinSound is currently attempting to contact both the owners of the venue and Culture and Children Ministers - who last month stated the venue could be saved - but has so far received no comment.