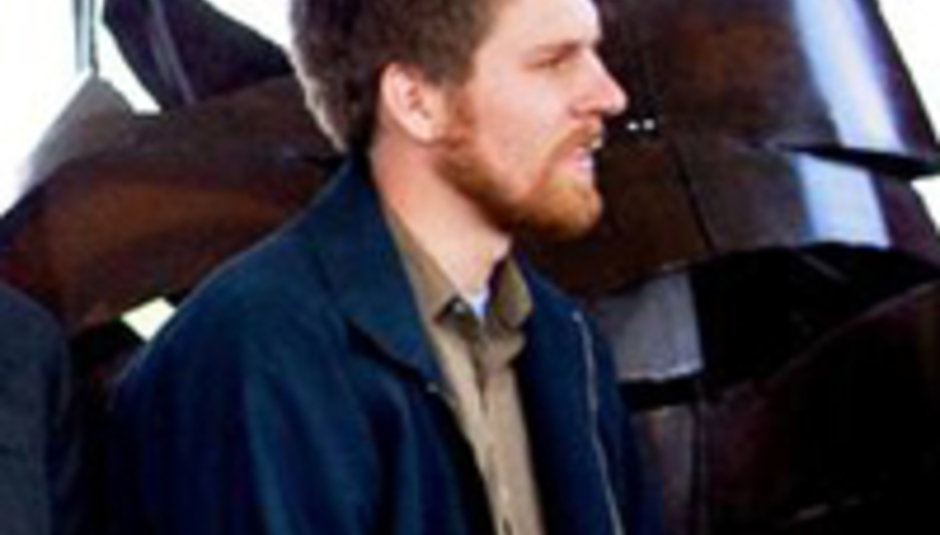 One in, one out, one hovering between the two over in the world of Okkervil River. The Wrens’ Charles Bissell is arriving to temporarily replace Brian Cassidy (pictured) on guitar for touring duties, who’s leaving due to the impending birth of his first child.

"All the sadness we're feeling about Brian's not being able to tour with us for the foreseeable future is outweighed by our happiness for him and his family," says frontman Will Sheff in a press release, reports Pitchfork.

Where was our press release, Okkervil?

In the band’s defence they have and will continue to be pretty busy – the septet will play the first of four shows at SXSW tonight, as backing band for former 13th Floor Elevators man and shock therapy victim Roky Erickson. After that, it’s Cassidy out, Bissell in, until a permanent replacement is sought in the spring.