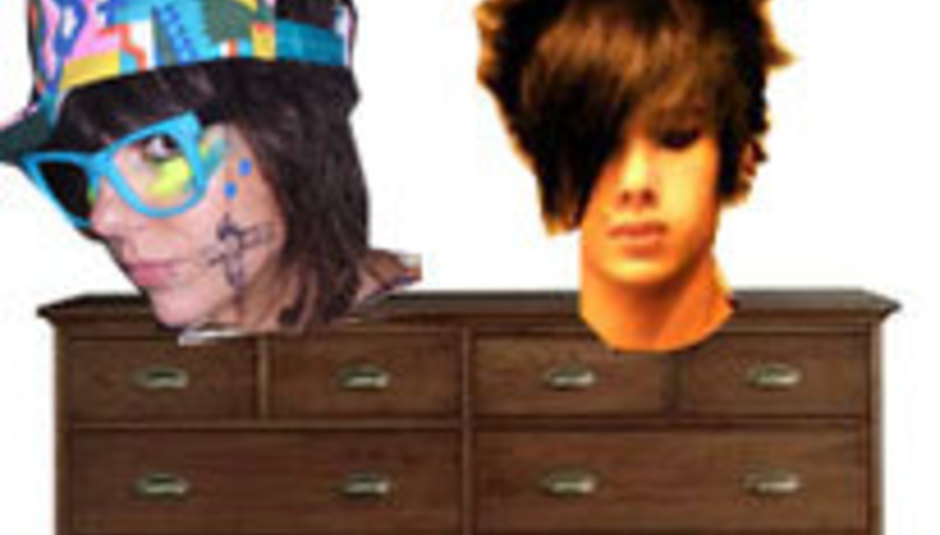 Revealed: the hottest scenes, genres and acts of 2008

Popular social networking website MySpace has flipped the lid on the zeitgeist and revealed what ver kids will be getting up to in 2008.

Yes, this has received attention on DiS already, but we thought it wise to shine more light on such a groundbreaking and incisive study.

Using stats gathered from the endless reams of pouting emo jailbait, thin lads and people who can sit through an episode of Skins without the aid of IroniVision, the MySpace08 research team is convinced that, yes, Toystep/Joystick Jungle, Bassline, Tape Music, Acousmatic, IDM and Screamo will be the genres of choice this year. So far, so very predictable.

Who’ll be listening to those genres? A new breed of twat, apparently, as new ravers somehow cross with new romantics – surely now all in their 40s? - to create Super Super Kids, presumably named after the east London-based magazine of the same name.

And the ten hottest acts?

Riuven FTW!? Perhaps not, as a distraught NME.com reader despairs at the homogeny of modern youth culture.

"joe lean and the jing jang jong, whats their overall contribution to music apart from being another manufactured indie band of tarts, bloody pretentious queers in "skinny" jeans, its not really about the music anymore because all of its crap, its just about being in a band, wearing a pair of bloody skinny jeans and making some crap music that will soon be forgotten. but its all about the image the image the image, well i tell you what, i bet you if they didnt dress like that, or have their hut cut in that sort of way, there would be nothing left, half the people wouldnt even pay attention to them, i bet you all their fans dress the same, its all bloody shallow and pretentious. the music is just sickening, it causes sharp pains in my stomach whenever my ears absorb disturbing chimes so called music on the radio, whats happened to the world, im gonna hang myself."

Meanwhile, back in the lab...

We’ll be assuming, then, that Mr Cook will be ready with the bail money when DiS comes across a pair of ‘Double Dressers’ who thought that dressing as twins would make them anything other than targets for Pavlovian physical abuse.