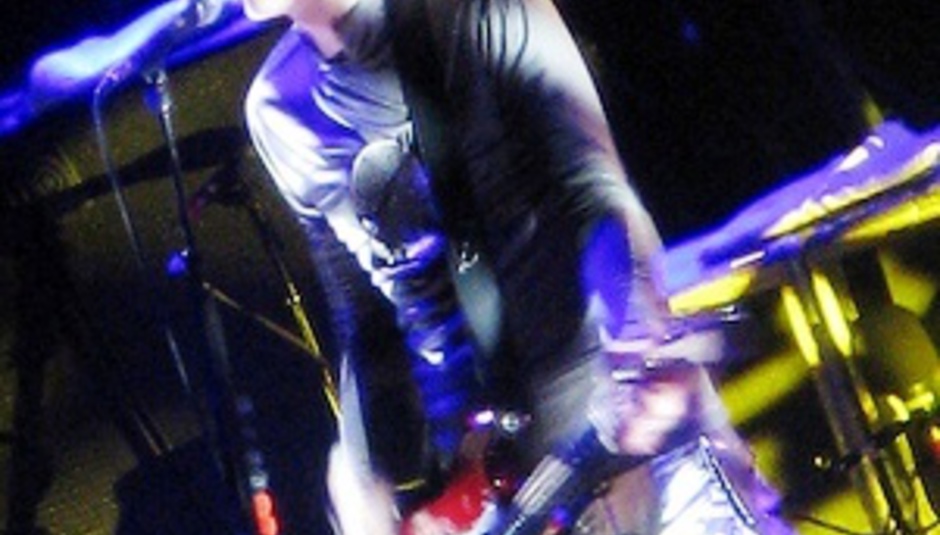 Smashing Pumpkins in London: the view from the (nearly) front

The Smashing Pumpkins marked their largest UK headline show ever on Saturday (February 16) by paying tribute to Echo & the Bunnymen, and less likely, Girls Aloud.

Playing an impromptu acoustic version of the female five-piece’s last single ‘Call The Shots’, Billy Corgan declared it to the 23,000-strong 02 Arena crowd to be “the greatest song ever – better than the Beatles”. Laughing, he then said, “seriously, that’s a great song”.

In a more likely musical moment, his band played a closing cover of ‘Lips Like Sugar’ by Echo & The Bunnymen, declaring that people “forget about bands that come from so close to home” mentioning Joy Division as well. “This was our tribute,” he said as the song finished. Corgan did, however, require what looked to be a lyric sheet pinned down on the floor to finish the band’s version of the 1987 single.

Corgan also announced onstage the engagement of bassist Ginger that day, telling the cheerfully booing crowd that she was now “off the market”.

The band played 25 songs in a marathon three-hour show that encapsulated tracks from their entire career, including the non-album rarity ‘Drown’, recorded for the soundtrack to the film Singles in the early 90's. Other notable tracks included a very rare outing for Siamese Dream standout ‘Mayonnaise’ and Mellon Collie album track ‘Lily (My One and Only)’.

The band were also due to close with ‘Cherub Rock’ but ran out of time, the house lights going up following their Bunnymen cover.