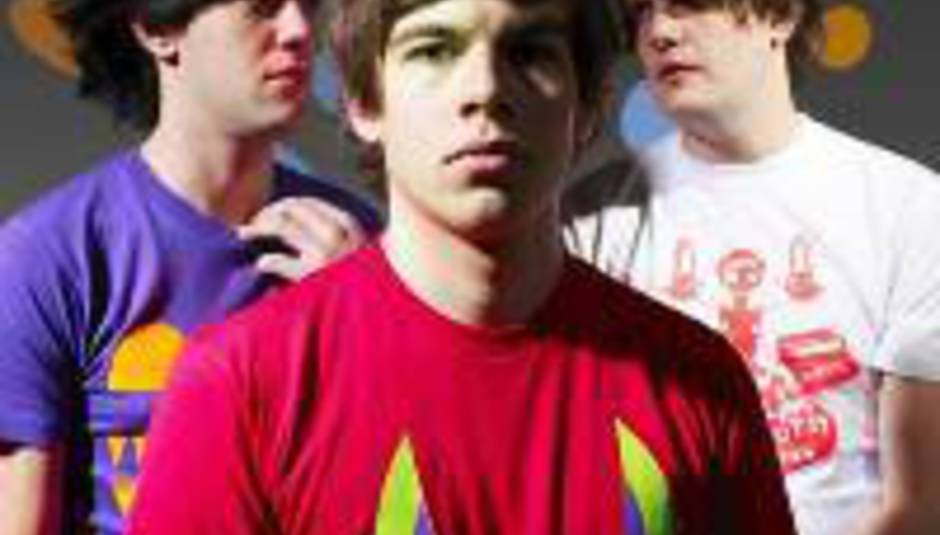 Rihanna gets chance to join Klaxons at BRIT Awards show

Klaxons will perform with Rihanna at this year’s BRIT Awards.

Taking place at London Earls Court on Wednesday (20 Feb), the band – nominated for best live act and breakthrough act – will join the singer for a nu-raved version of ‘Umbrella’, the BBC reports.

The band have apparently been holed up in the studio for the last couple of weeks working on the track with regular producer James Ford.

“We've spent more time on this track than any of our tracks on the album,” James Righton told Newsbeat.

"We've made our own slant on a contemporary version of it. It's an electronic version with guitars on it, with a twist of ‘Golden Skans’."

Sounds alright. How was it, working with Rihanna?

"It's been a bit of a funny one because she's in America and we're over here.”

"Her people kept sending versions back going 'No, this sounds more like you'.

"They've got this funny idea of what our band sounds like and we've done three or four different versions.”