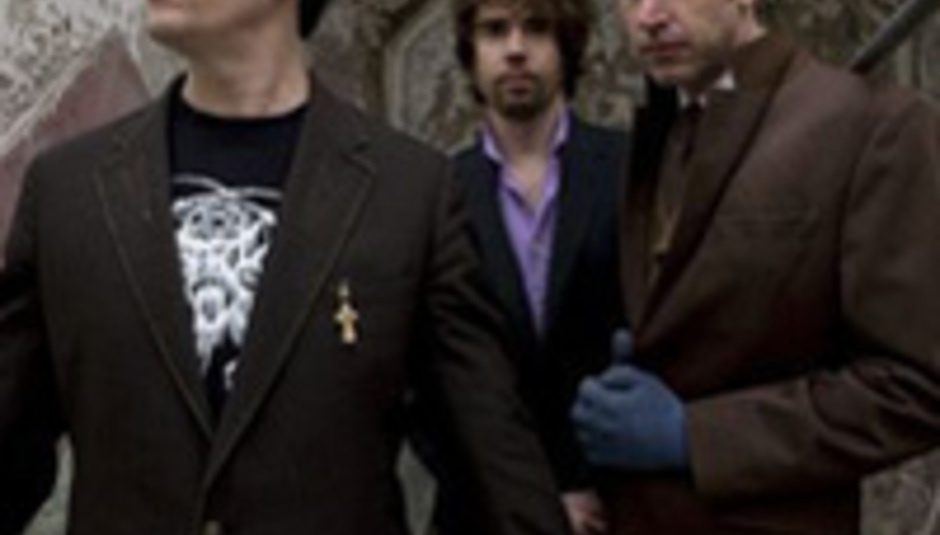 The new The Mountain Goats album, previously reported on here, will arrive on the 18th of February. Before that though there’s a new single and you can see the newer video for ‘Sax Rohmer #1’ below.

The promo was directed by Ace Norton and features every word sung in the song by frontman John Darnielle, lyrics tumbling like dominos 'round a one-take set littered with freshly-slain bodies, obstacles and the odd band member.

Spot the corpse? Director Norton had roughly three paragraphs to say on the idea and execution of the video.

“John's a fantastic lyricist,” begins Norton. “He's one of those few artists where you really pay attention to what he's saying when listening to his music. I guess the idea for this video sprung from that - as a means to further emphasize his amazing song writing ability. I was in New York at the time, in this Starbucks, endlessly listening to the song on repeat and suddenly the concept just popped in my head. I immediately told John and he really dug it.

"Physically painting the words was the easy part because we had about 3 other artists helping out on set. Figuring out the plot and path of the camera was a bit tricky. Since the entire video is one shot, we had to be very precise with the size and distance of each word.

“To further perfect it, we actually shot the entire video at half the speed so we could match up the lyrics in perfect time. Needles to say there was a ton of pre- planning involved..."

Thanks, Ace. You can download the track from our Drownloads ‘blog here and read Alex Denney’s recent interview with the Mountain Goats here.