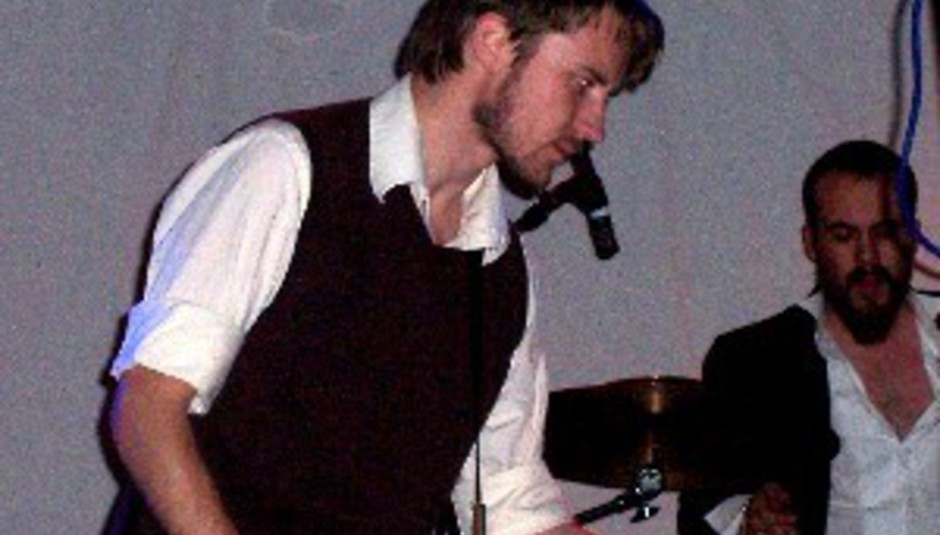 His Name Is...? New single, tour and drummer on the horizon.

DiS faves Her Name Is Calla look set for a busy first quarter of 2008. Their new EP is almost finished, with the release date expected to be announced by the band and their label Gizeh within the next few weeks. The Heritage consists of five tracks including live favourite 'A New England', with artwork once again being supplied by the sublimely talented Stephen Clark (visit his website here).

In the run up to The Heritage, they will be giving away both the 'Hideous Box' and 'The White and the Skin' singles as well as a few other tracks for free download from their MySpace.

The band will be touring to coincide with the EP's release, in their own words "as much as our day jobs and family commitments will allow". Confirmed dates are listed below but Scotland dates and a few others for the April tour will be announced at the end of February. Again, if anybody can help out in any way (particularly promoters) it would be much appreciated. They are particularly looking for a Manchester date as well as a Southampton date for themselves and tour support Last Days of Lorca at the back end of April.

In other HNIC news, they have recently parted company with drummer/trumpet player Andrew Coles, and will be holding unique rehearsals for prospective candidates at some of the earlier dates, one of which is a Nottingham DiS show (details here). In the words of frontman Tom Morris (pictured), "we've got a few people on trial drummer wise so it may vary from gig to gig for the next month while we find the right person to settle on. This means we won't be making an 'official' announcement just yet, as we just thought, why rush? It's more important to find the right person."

Those dates announced thus far are as follows:-