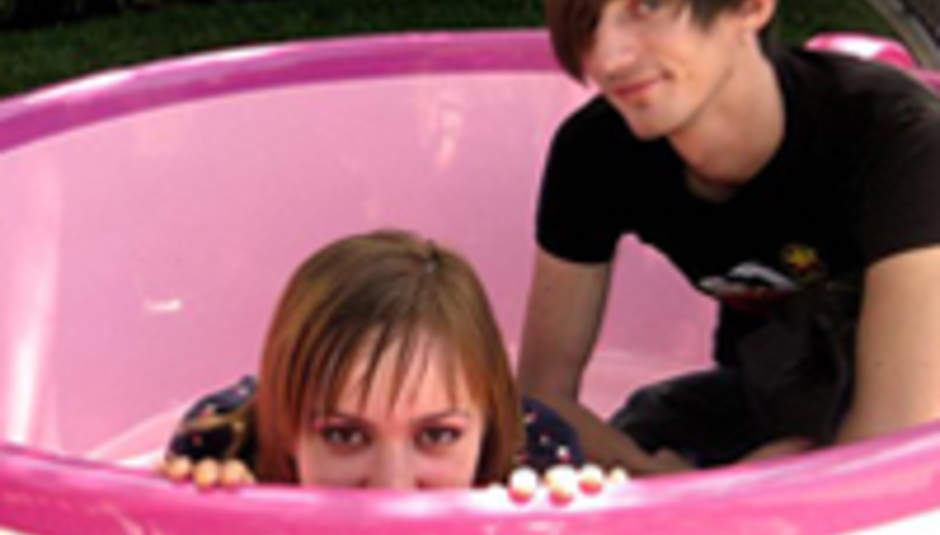 Pin Me Down: Bloc Party man talks exclusively to DiS on new project

As his full-time concern prepare to head back into the studio to begin work on album number three, Bloc Party’s Russell Lissack is hurriedly tidying the rough edges on something else, namely his new side-project Pin Me Down.

The guitarist has paired with New York songwriter Milena Mepris for the new act, which will bear fruit with a Kitsune-released single in spring. Both of them took time out to talk to Drowned in Sound about Pin Me Down’s plans for the new year.

Why embark upon this new project now? And why has it taken a while for you to release anything?
Russell: We've actually been working on this since the time we first met, which I think was the very end of 2004. It’s just that I’ve been so busy with Bloc Party and we could only swap ideas over the internet, which has its limits. After a few years of writing and demo-ing, I finally found a two-week gap to go into a studio and record my parts of an album.

Milena: I think it took us a while to really focus and hone in on what we were doing. We wanted to make pop music that was challenging, that has big hooks, but that actually makes you think. I'd say half the songs we recorded are from our early sessions, but the other half are relatively new. I think we got better as time went on because we got used to writing and playing for the other person.

Are there any live or touring plans? I assume Russell is still a busy boy with Bloc Party in 2008?
Milena: Yes, Russell is a busy boy with Bloc Party, but we are planning live shows and touring in the near future. We will probably start in the UK and Europe. I can't really say much about the live show other than that you should expect sequins, roman warrior hats, Fender guitars used as weapons, and many cute faces on stage to ogle and Google.

We sense that Pin Me Down is evidence of your love of early 90's pop and dance rearing its head. True or false? Russell: Yeah, I guess that’s true to a degree, for both of us. Definitely a love of pop melodies anyway, and of 80's/90's production.

One more - is there a release plan, record label in place, etc?
Milena: Well our first single ‘Cryptic’ is coming out in Europe/UK this spring on the Kitsune label. It will have a bunch of remixes on it too. We can't wait to hear it thumping in a club. We're putting the final touches on the record, so we're just starting to talk to labels about releasing it. We'll keep you posted.

You can hear ‘Cryptic’, as well as another track that definitely isn’t a Psychedelic Furs cover, at the band’s MySpace page.