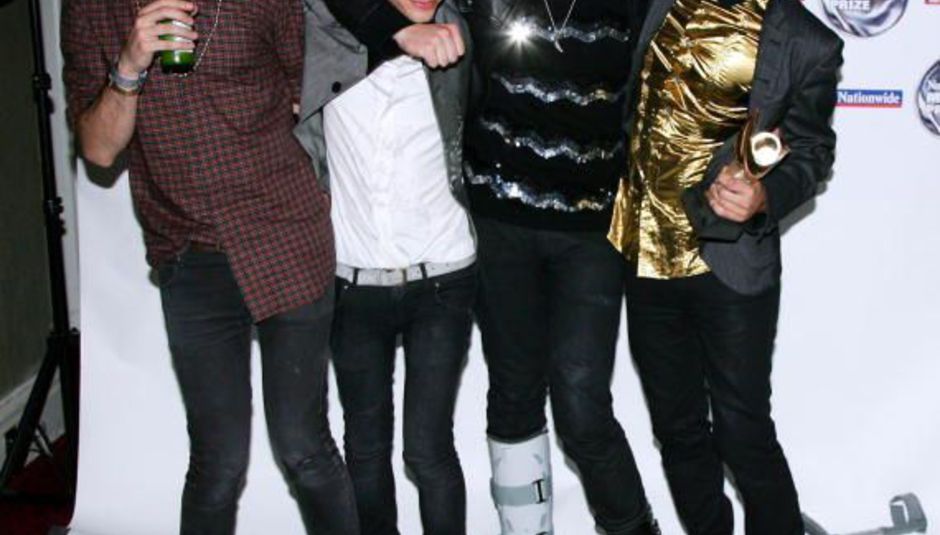 Klaxons to record with Visconti, Focus for album number two

Klaxons's announcement late last year that they were to go into the studio with legendary Bowie/T-Rex/Sparks producer Anthony Visconti was an intriguing one. Whatever the merits of the sound they make, the decision is an ambitious one; an aspiration made clearer with the addition of Dre and Beyonce knob twiddler Focus to the studio register.

The sessions with Visconti are scheduled for February; Focus’s time with the Mercury Prize-winning quartet coming the following month. Then there will be a trip to Italy, where the follow-up to Myths of the Near Future will be recorded in its entirety with regular producer James Ford.

Klaxon Simon Taylor spoke to NME of the need to not go stale:

“We’re proud of how the first album did, but it’s not going to be hard to completely blow it out of the water.

“I read a gig preview for one of our shows the other day,” continued the guitarist, “they were still writing that we were kids in fluorescent clothing playing rave revival music. But this time round the most boring thing we could do is make a similar record.

“We’ve never specifically been about fashion or anything ‘now’,” affirmed Taylor, acknowledging the scene that’s built around the band. “We’re going to make an album that’s relevant to us.”

In other Klaxons news, they are one of many acts who’ve contributed to Los Angeles DJ Steve Aoki’s forthcoming debut album.

Entitled Pillowface and His Airplane Chronicles, the full-length is released in the US on January 22nd and also features the likes of Justice, Bloc Party and Spank Rock.