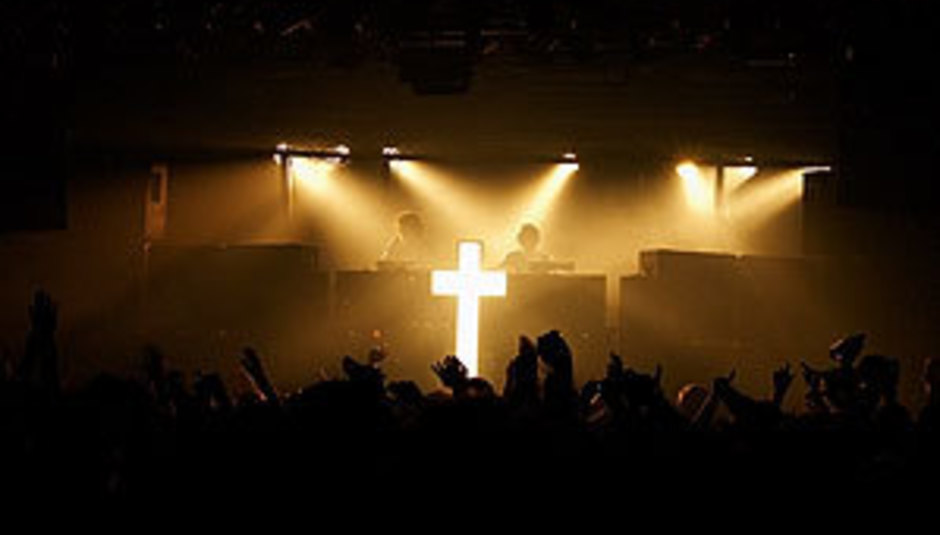 This just in via the (once) popular medium of MySpace bulletin...

"Justice will be touring the United States in March of 2008. They're playing at Madison Square Garden on March 11th and you've got the opportunity to book your ticket now before the general public. You’ll need a password to get your tickets – the password is edbanger. Fathers, look after your daughters, Justice is back in town!"

Get yer tickets here. Reportedly it will be Chromeo, Busy P. and Fancy joining the black leather-clad twosome. And maybe this lot...

So what the crunk is going on? The band have apparently only sold 40,000 albums in America, yet play the same huge New York venue as the Spice Girls, Rolling Stones, Matchbox 20 and Springsteen. Maybe this won't sell out and is mental in a it-will-never-sell-out-kinda-way as some music biz types are already fearing but take a step back and count the MySpace friends (myspace.com/etjusticepourtous), the Hype Machine popularity (hypem.com/popular) and last.fm plays (last.fm/music/Justice). If it does sell out it would seem further proof that the 'record' industry is in trouble and the old measures and gauges for how big/significant a band are, are seriously warped.

And whilst we're geeking out your browser tabs with statty links, have a look how quickly Facebook has caught up with MySpace here.

Ahead of this huge New York date, Justice play the following UK tour:

DiScuss: WIll they sell it out? Is it a bit mental doing a show this big with only a couple of hits? Anyone know the cheapest way to get to New York? Anyone use MySpace anymore?