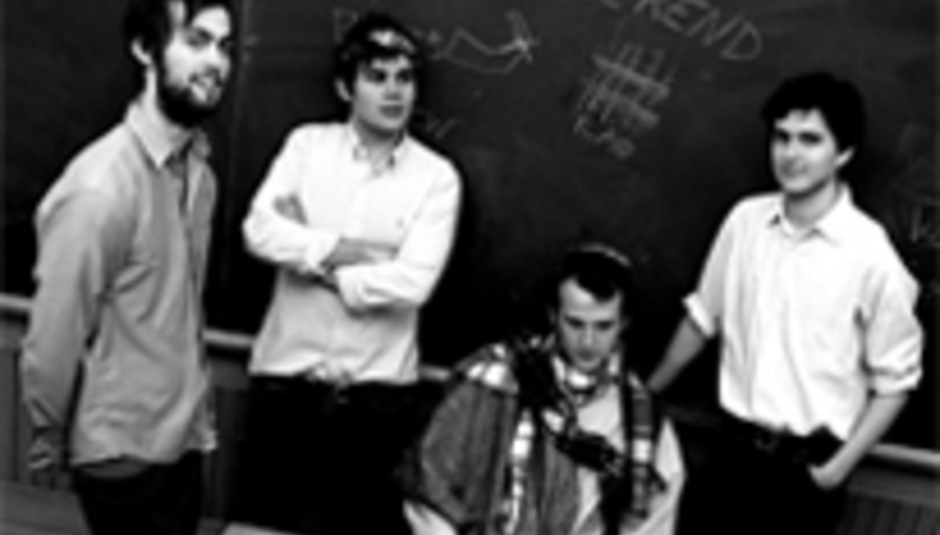 Afrobeat-or-not New York guitar twiddlers, Vampire Weekend, have announced a one off show in London next month.

The band, who are expected to have a favourable 2008, are playing the Hoxton Bar & Kitchen on 17th January. Tickets onsale now from the usual places.

Their self-produced debut LP will drop around the same time too - In the States on 29th January and maybe the day before in the UK. Details are vague because we're still hungover from last night's Beggars Banquet party. It was good.