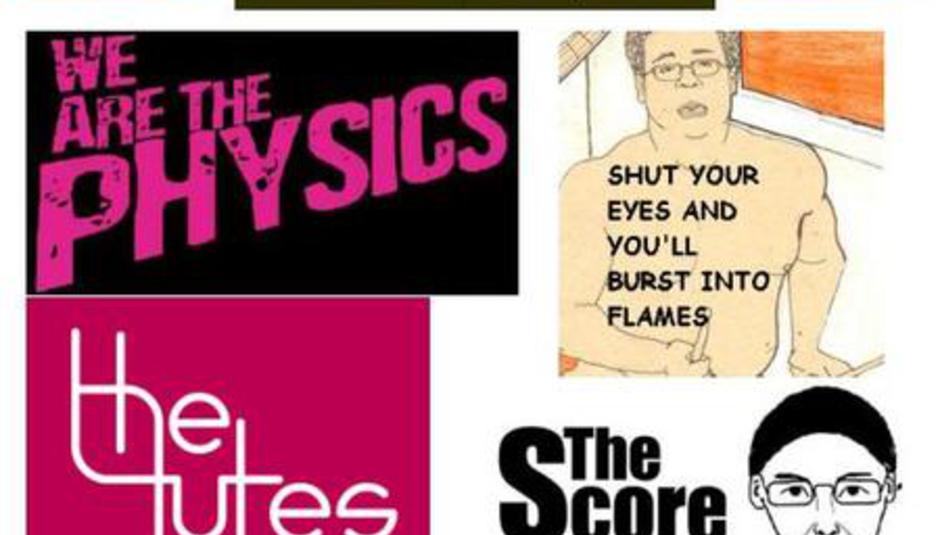 This Saturday, December 8, DiS’s Nottingham division presents its Christmas Party. We have assembled a pretty special line-up for your enjoyment, consisting of (band names = MySpace links)...

ROLO TOMASSI
Call it twitchcore, electrocore, or just the new dawning of UK hardcore. We prefer to call them possibly the most exciting live band in England today.

WE ARE THE PHYSICS
Having been blown away twice at this summer's festivals by the Glasgow four-piece, we thought it only right to put them on ourselves before 2007 draws to a close. Think Devo, think Fugazi, think intelligently constructed punk rock that you can actually dance to. Unmissable.

SHUT YOUR EYES AND YOU’LL BURST INTO FLAMES
Making a welcome return are this Leeds-based five piece whose leftfield punk-pop recalls the ferocity of At The Drive-In whilst fusing danceable ethics and layered math-rock subtlety. They owned Junktion 7 in June and they're back to reclaim their manor.

THE JUTES
Another of our favourite performances from this year was that of The Jutes in September. Punchy power pop at its best, insatiable riffs and an energy that has been likened to ingesting a truckload of Red Bull in one sitting. Fresh from supporting The Pigeon Detectives, expect a riot...

THE SCORE
No party would be complete without the ultimate party band playing a mixture of classics both past and present. Well, it is nearly Christmas after all.

Advance tickets only £4 (last few remaining)
Available from http://www.wegottickets.com/event/23591, Selectadisc or by replying to this bulletin.
NUS £5
Doors £6

Add this to your DiS gig calendar Here.