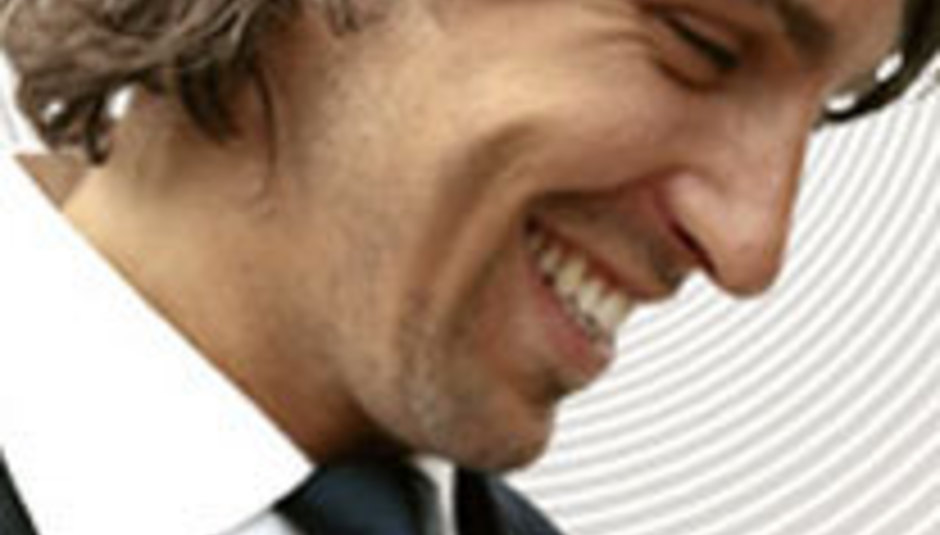 So you want to get rid of George Lamb? Sign here...

It may only be a couple of weeks since E4's George Lamb (pictured) replaced the universally popular Gideon Coe on BBC6Music's daytime show but already, it seems, the knives are out for him good and proper.

Already a major topic of conversation on these here forum boards, a web petition has now been set up by several 'leading lights of the independent music scene' who wish to remain unnamed calling for his immediate removal.

In their manifesto, which along with the petition itself can be found (and signed) here** they accuse the BBC of allowing 6Music to "slip to lowest common denominator 'celeb-chat" while denouncing Lamb for his "disgraceful treatment of guests" and favouring of playing artists who "reside among his Top five internet friends".

Neither Lamb or the BBC has issued any comment so far despite the criticism that appears to be growing from all angles.

DiScuss: What do you think of BBC6Music in general? Is George Lamb really that bad or is his playlist a sign of the times (yesterday's playlist can be viewed **here**)? And finally, who would you like to see present 6Music's daytime show?_