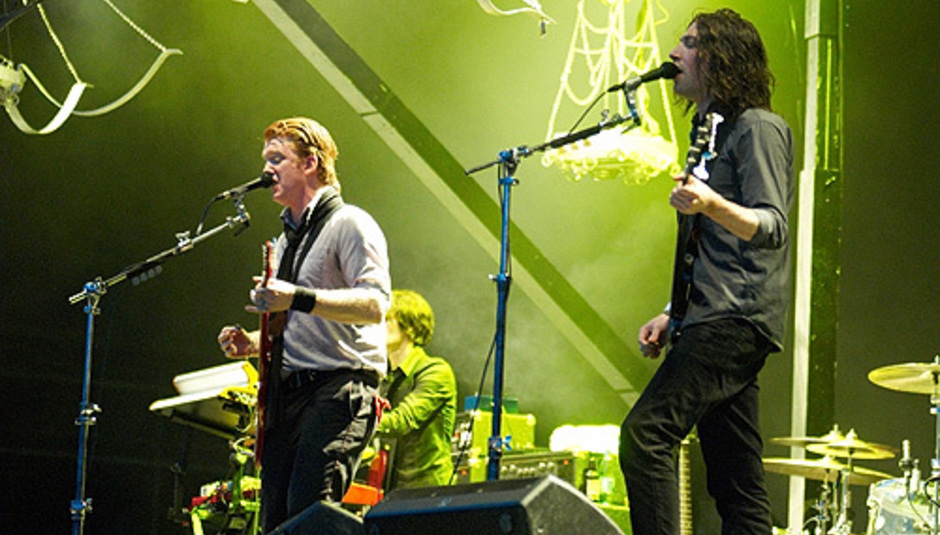 Queens of the Stone Age kicked out of rehab gig

Queens of the Stone Age were ejected from their own show at a Californian rehab centre last week.

The gig, a light-hearted breeze through six of the act’s songs, immediately took something of a wrong-turn when Homme and co. opened their set with ‘Feel Good Hit of the Summer’.

Security staff at the clinic were left unimpressed by the song’s opening refrain of “nicotine, valium, vicodin, marijuana, ecstasy and alcohol… c-c-c-c-c-cocaine”.

So, the band were promptly “manhandled” from the building, runs the NME.com report; presumably booted onto the streets of LA.

The band are soon to head over for a UK tour - we've already published the dates here; but we may as well reiterate.

Click for tickets to Brixton, Birmingham and the February Hammersmith Apollo show that's a part of this 2008 tour.