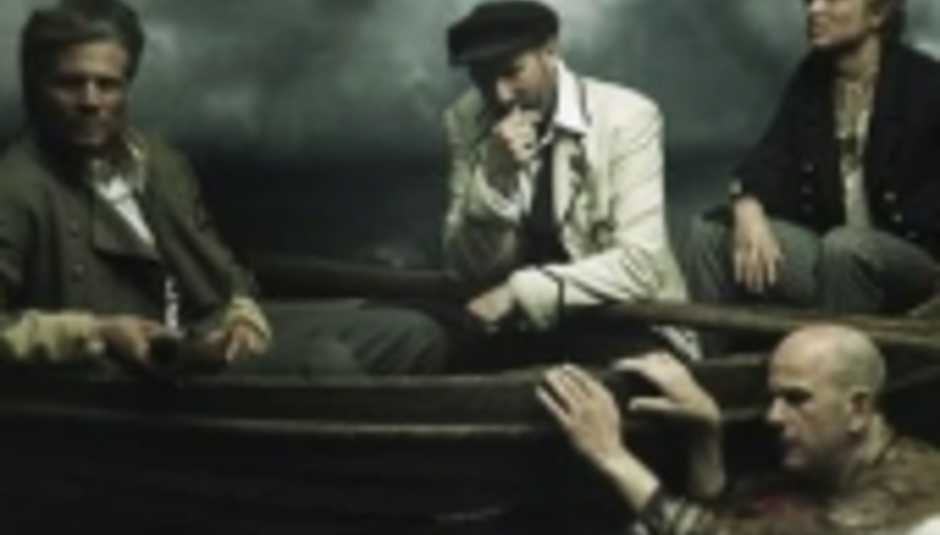 Current Los Angeles residents, and overall awkward squad, American Music Club release their new album The Golden Age through Cooking Vinyl on February 4 next year, and will be touring heavily at the time to promote it.

The follow up to their 2004 album Love Songs For Patriots features AMC stalwarts Mark Eitzel and guitarist and father figure Vudi, plus two new musicians who replace both original members Danny Pearson and Tim Mooney who are currently working on other projects. New guys Sean Hoffman (bass and vocals) and Steve Didelot (drums and vocals) are both from local L.A. band, The Larks.

Commenting though the band's web site, they describe the sound of the new album as being lighter than on previous AMC recordings and give several reasons why.

1) AMC refutes the label of 'Emo Pioneers'. For the record they hate Emo and have never been on the soundtrack for any W.B. network show. (yet)

2) Dark music is for people who are healthy enough to take it - and AMC want to appeal to all people - including the sick.

3) Mark Eitzel comments: "What will my neighbors in my retirement community think? How will I charm the nurse that tends to me? I want to fill my mouth with sugar and spit it on everyone when I talk. I want to cover the world with chocolate cake icing."

Yes there is a song about the World Trade Center. But such controversy is nothing new for this 'Right On' political band. Sean (bass) is a right leaning liberal Texan who hates NPR and is the proud owner of a Segway. Vudi (guitar) dreams of an imperialist world of powdered wigs and waltzes in ballrooms. Mark (vocals) is a gay communist who once wrote an article: 'How Secure Will Your House Be During The Apocalypse'. Steve (drums) is a Christian activist who only plays in this band because the end times are upon us and what the fuck.

How much of the above is actually true is a matter of conjecture but the track listing to The Golden Age appears below.

Their forty-ish date tour kicks off in Cork at the end of January, before covering several shows in Ireland and the UK, then a further eleven European countries from there. (Details of exactly where and when should appear on the band's web site pretty soon.) Tickets are already on sale for most of the dates listed below, with the remainder expected to be available from Friday.