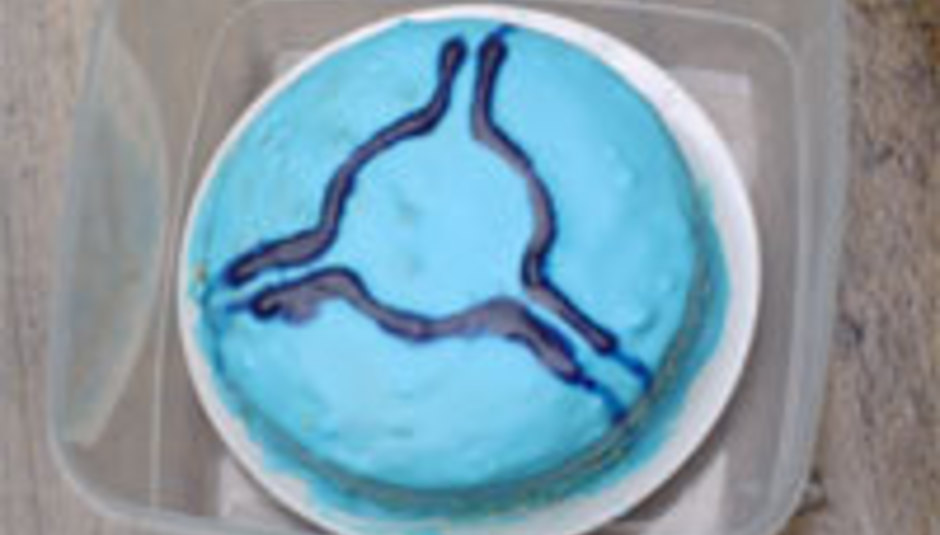 After a summer of band members flaunting round festivals in silver capes with Klaxons and moonlighting in Lost Penguin, the Violets have announced details of a single, debut album and UK tour.

'Troubles of Keneat', a "hedonistic Coldwave disco" single, will be released as a 7” and download on October 15th. This is followed by The Lost Pages LP on November the 5th. Please do remember.

Bad news for those with good taste; These New Puritans’ debut album Beat Pyramid has been moved back to the 28th of January. No explanation is offered, but three months of solid touring, partly as the Cribs’ support, and a ridiculously rapidly ascending popularity seem likely causes. I have a copy, soon to be used as barter material for one of Kev Kharas’ sisters, [wretch, ed].

However... their 'Colours/Numbers' dubble-aye-side remains due on the 25th of October, and an Elvis EP is now scheduled for release the week preceding the album. Containing a reworking of the lead track from last year’s outstanding Now Pluvial EP and a bounty of new, still unrecorded material, it'll be proof indeed the band are ahead of even themselves.

The band play White Heat this evening. The clever ones amongst you may now think to steal my guestlist place, but I doubt you've the balls...