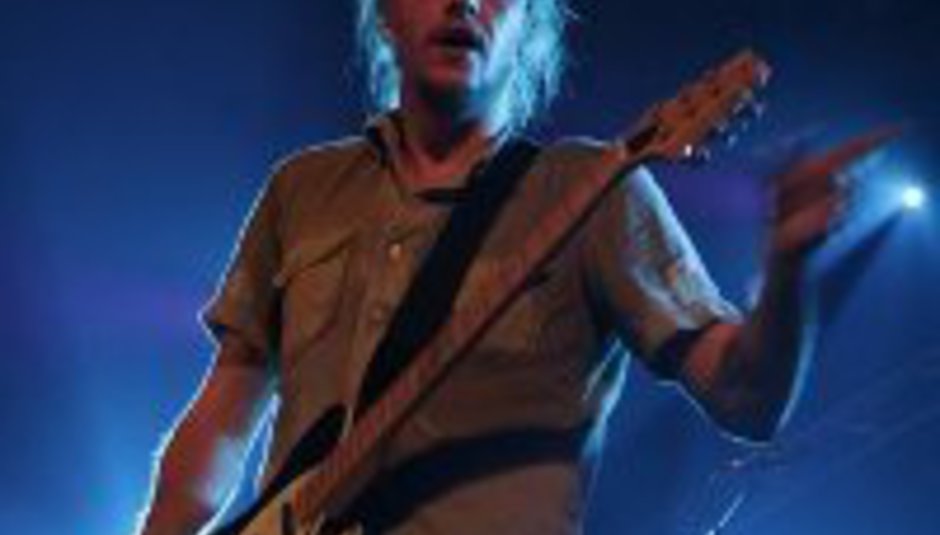 65daysofstatic have had to cancel their DJ set at DiS's end-of-summer party - held at London's Monto Water Rats on August 31 - as they will be travelling to Ireland around the time of their set.

The four-piece are set to play the Electric Picnic festival in Ireland on September 1, and therefore will not be able to play glitch-tastic tracks in London the night before. The band's Paul Wolinski (band mate Joe Fro pictured) e-mailed DiS today:

"Bad news: in true 65daysofstatic style, we agreed to that DJ set without realising that we're not actually in the country to do it. We're playing Electric Picnic in Ireland on 1st September, which has been confirmed for months, which requires us to be driving to Ireland on 31st August.

"We're really sorry about this. It's gonna be a great night and we were excited about being a part of it as well as meeting up with Russian Circles properly.

While we're obviously gutted that 65days can't join us for fun times and weird dancing, DiS would like to take this moment to point out that hella fun will still be had. We've a live music bill to beat almost any other gig this year lined up, and DJs from here and there (there being a few other music magazines of choice) to keep punters entertained through 'til 2am. That line-up, in case you've been reading DiS through closed eyes the past month or so:

Limited advance tickets are still available, but we're very nearly sold out! If you've not got yourself a ticket yet, click here. We can't promise any being available on the door. Sorry.