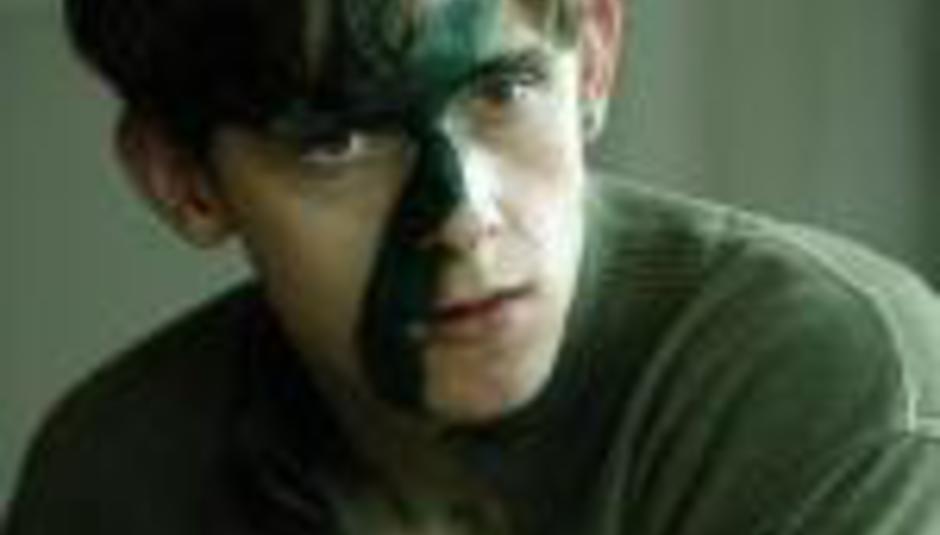 Hallam Foe is a new film due for release on August 31. Starring Jamie Bell (pictured), the picture follows the protagonist of the title as he searches for clues regarding his mother's passing. Which is, of course, just the beginning of the story...

Already an award-winner at the Edinburgh International Film Festival and the Berlin Film Festival, Hallam Foe features a soundtrack featuring a wealth of Domino (and associated) acts. DiS has ten copies of the soundtrack album and ten t-shirts to give away, with one lucky winner also receiving a signed poster in their goodie bag. To be in with a chance of winning, just answer this question:

Jamie Bell previously starred in which film about a ballet-dancing boy from the fictional town of Everington?
A) Missy Elliott
B) Billy Elliot
C) Billy The Fish

Send your answer to mike DOT diver AT drownedinsound DOT com right away, writing Hallam Foe Competition in the subject line and including a postal address. Competition closes on August 28, 2007. Good luck!

Orange Juice - 'Blue Boy'
U.N.P.O.C. - 'Here On My Own'
King Creosote - 'The Someone Else'
Sons And Daughters - 'Broken Bones'
Junior Boys - 'Double Shadow'
Clinic - 'If You Could Read Your Mind'
Future Pilot AKA - 'Battle At The Gates Of Dub'
Hood - 'Lines Low To Frozen Ground'
Franz Ferdinand - 'Hallam Foe Dandelion Blow'
Psapp - 'Tricycle'
James Yorkston and the Athletes - 'Surf Song'
Bill Wells Trio - 'Also In White'
Juana Molina - 'Salvese Quien Pueda'
Cinema - 'They Nicknamed Me Evil'
Woodbine - 'I Hope That You Get What You Want'
Movietone - 'Ocean Song'