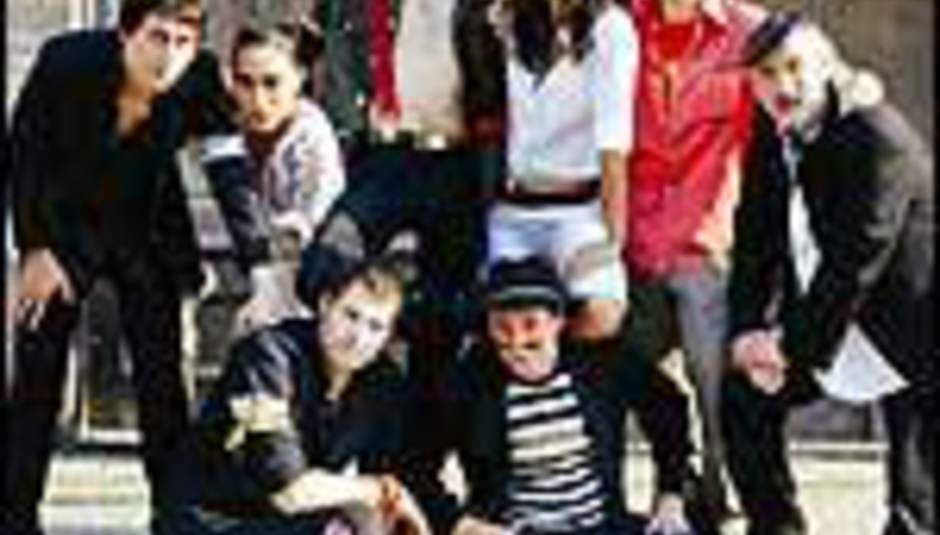 Popbint Madonna is set to embrace gypsy-punk chic with a performance alongside Gogol Bordello at Live Earth on Saturday.

The bizarre collaboration comes after the New York rabble-rousers pulled out of their scheduled appearance at T In The Park at the weekend.

A band spokesperson explained: "Due to timings of their performance at T In The Park, and recent events, it was not possible to do both in one day.

"As a result, Gogol Bordello have had to cancel their set at T In The Park and apologise to their Scottish fans."

Bordello members Eugene Hutz and Sergey Ryabtsey will join forces with Madge during her headline set, according to a report in NME.

Theirs won't be the only hook-up from hell at the charity event - Timbaland, Justin Timberlake and Duran Duran are at it too, following news of their collaboration on the Old Romantics' forthcoming album Red Carpet Massacre.

Presumably Timbaland will be demonstrating how he is too innovative for planet earth by performing with one of the most puffed-up, ridiculous and just plain insipid bands of all time.