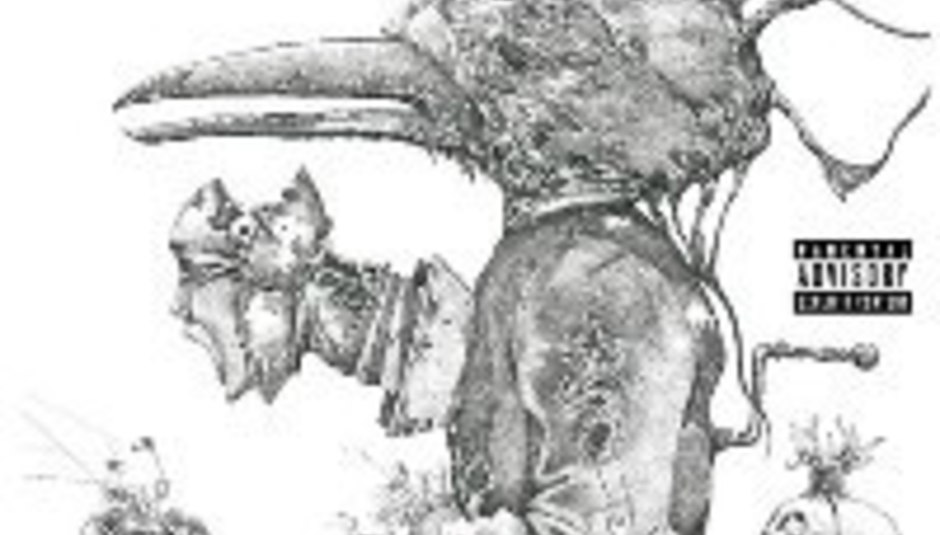 Californian nu-metallers KoRn - is the capital, or reversed, 'R' entirely necessary? - will release their eighth studio album next month... without a title.

Which is, frankly, a bit silly, but so are KoRn so whatevs. That's the record's cover there. Looks... odd.

The untitled LP is produced by Atticus Ross, and its lead single 'Evolution' (LOL?) can be heard at the band's MySpace site, here.

Says singer Jonathan Davis of the single: “'Evolution ' is about us as a human race. We have not evolved since monkeys. Animals and humans are pretty much the same. Look at this war we’re fighting; we’re the bullies. Same shit in the monkey world.”

Where is this monkey world? Is it anywhere near Monkey Island? I am rubber, and you are glue... which is funny, because you do fight like a cow.