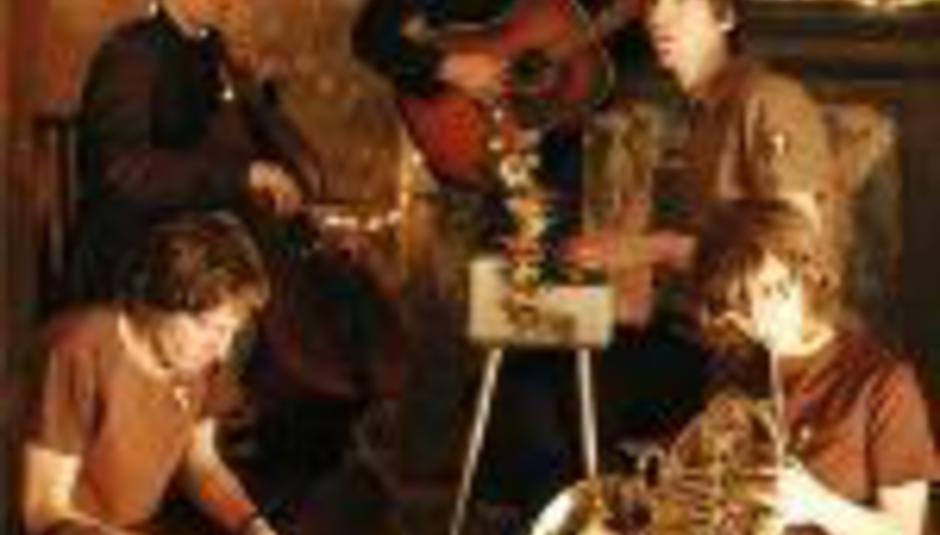 Missing the DiScover Club? I know I am... but miss it no longer! Because it's back, this weekend...

The once-a-month, free-entry DiScover Club pitches its proverbial tent up at the Notting Hill Arts Club this Saturday afternoon - that's June 23, from 4pm until 8pm - for some hours of rock and roll and folk and post-rock fun and booze.

The club's open to anyone over the age of 18 - sorry, kids - and as well as bands there are also DJs. And drinks offers. Hurray!

From Leeds, this instrumental five-piece have been turning heads with their saxophone-led rock-scaping for some time now. Their last two-track EP, released through Children No More, was on repeat rotation on the DiS stereo earlier this year, and we are, to say the least, well excited about having them join our club.

From Birmingham, this folk-rock collective pen finely-tuned paeans to the planet we call our own, and their debut album From The Ground Up (released in May via Static Caravan) has attracted plaudits from across the music press. DiS slapped a big fat nine-outta-ten score on it a while back – read the review here to see what all the fuss is about – and it’s well and truly in the running for a place on our end-of-year best-of list. Think: iLiKETRAiNS, Tunng, Low… lovely.

Canterbury-based five-piece Yndi Halda first came to DiS’s collective attention when they played to next to nobody at the capital’s Water Rats venue back in July 2006. A nine-outta-ten review for that show (read) was followed by the very same score for the band’s debut album-cum-really-long-EP of early 2007, Enjoy Eternal Bliss (available via Big Scary Monsters). Stirring in a way that most violin-featuring post-rock acts can only dream of, the quintet are the sort of band whose in-the-flesh performances stay with the audience member long after they’ve left the show. Like, a good year after, really…

Plus: DJ action from both Silver Rocket and DiS.

What are you waiting for, then? Add this date to your gig calendar HERE. For future DiScover Club listings, click here.