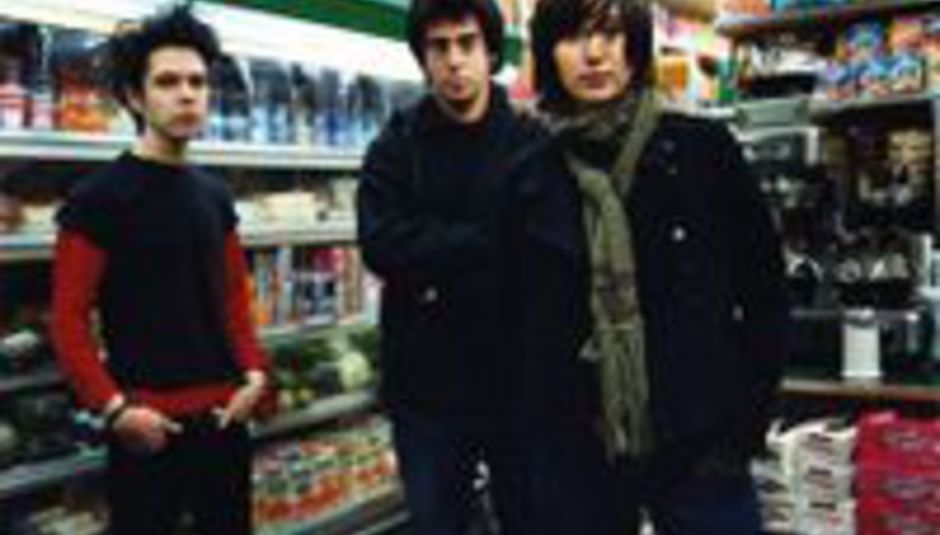 Confusing headline: Yeah Yeah Yeahs' Is Is is new EP

Yeah Yeah Yeahs return to the recorded fray with a new EP, Is Is, released July 23 on Dress Up/Fiction.

The five-track EP is comprised of material written in 2004, in between touring behind their first record Fever To tell. The release will feature cover art from Liars drummer Julian Gross and has been produced by Nick Launay, who also helmed PiL’s Flowers Of Romance.

Singer Karen O explains: "Nick was the natural choice having produced Flowers of Romance, collectively a favorite between us. I put that record on and want to stuff my mouth with raw hamburger meat."

A special live film of a Brooklyn gig will be used to accompany the EP, which echoes the self-titled five-track release that helped launch the band’s career back in 2001.

The tracklisting for the EP, it go like dis:

Keep 'em peeled for your chance to question YYYs in an exclusive fans-only Q&A session next week...