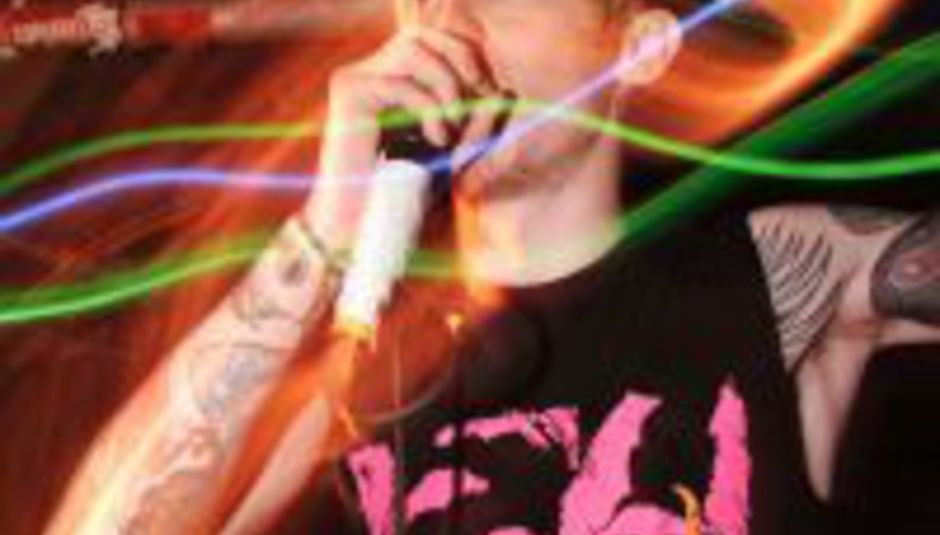 Gallows earned a stay of execution last night after admitting to fans at a Sheffield gig they had been thinking about quitting.

Frontman Frank Carter - he looks tense, right - told the audience at the city's Leadmill venue that the pressure exerted on the band since their recent rise to fame had reduced him to blubbing tears of self-doubt.

"I'm going to level with you guys, I was out there crying before because I don't know if I can do this any more,” he confessed onstage, before reverting to type, as if to overcompensate for such an unprecedented display of emotion: “I don't know if I can play for you cunts anymore."

Explaining how he’d managed to overcome his wobble, Carter went on: "I was on the phone to my mum and I said, 'I've had enough of this shit'. She said to me, 'You're just like me, you care too much'. It's too important for us to quit."

The Hertfordshire punks are now set to head to the US for the Warped Tour before playing the Reading And Leeds Festivals in August. We’ll say no more, in case they beat us, like the simpering rock critic namby-pambies we are.