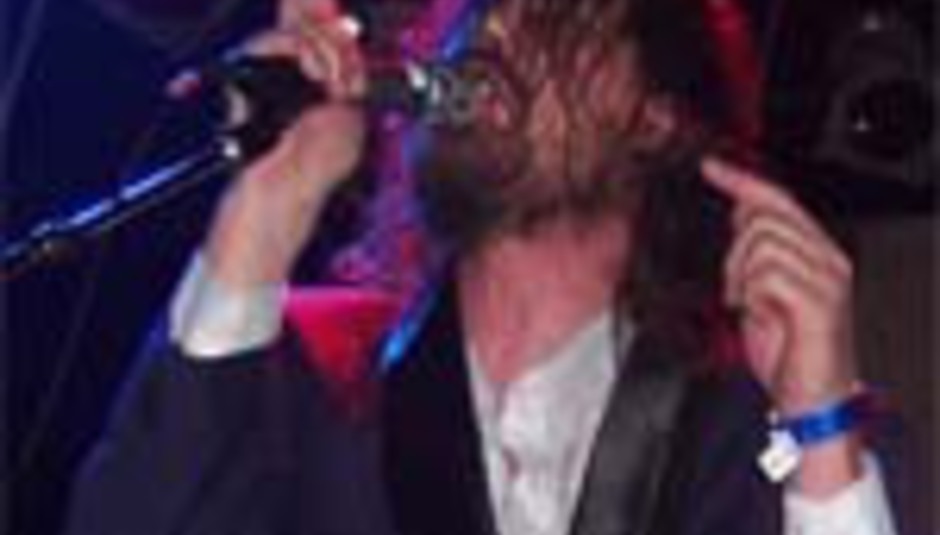 Liars to pack out White Heat in July

Liars have been confirmed to play at London club night White Heat next month.

The band, currently based in Berlin and at an advanced stage in the recording process of their new album Liars, will preview tracks from it at Madame Jojo's in Soho on Tuesday July 3rd.

It will, no doubt, see the venue condense - and then what will we do on lonely Tuesday nights?

After this, the band return to the UK in August for the impressively billed Field Day festival (click) in Victoria Park, Hackney. Last night a poster told DiS that there will be welly throwing, tug-o-war and a 'biggest marrow' competition. Splendid.