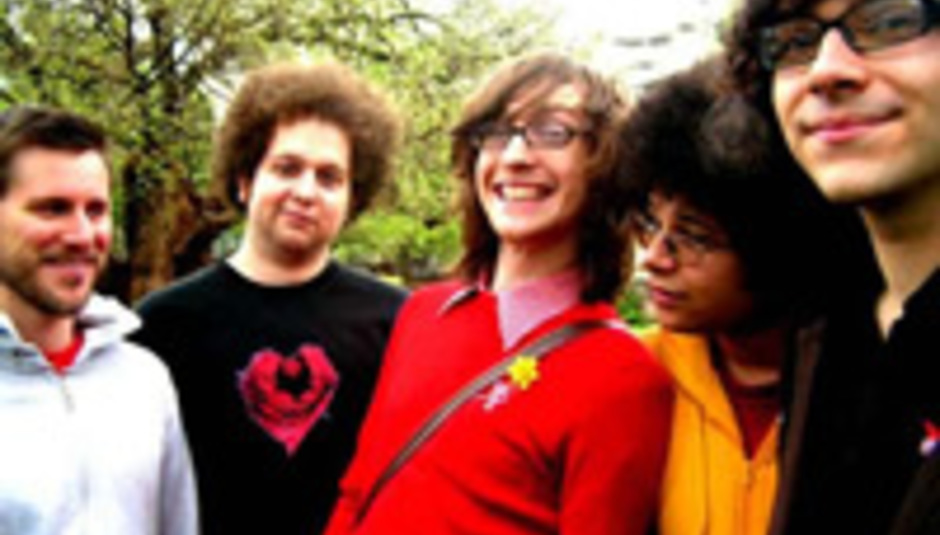 So this is summer, and what have we done... to deserve such awful weather. Still, there's always something to look forward to, and in Nottingham the local DiSsers have these two events coming up:

NEW RHODES
"one of the finest eccentric guitar-orientated pop bands this nation has produced since The Smiths" (DrownedinSound.com)

CENSORED
"powerful-yet-sublime... sounds like The Rapture being caned by headmaster Weller" (DrownedinSound.com)

SHUT YOUR EYES AND YOU'LL BURST INTO FLAMES (pictured)
"They make a racket that experiments wilfully with electro, metal, disco and basically every genre that isn't Albanian lute music, yet realise that handclaps and a sense of urgency are also necessary to make great pop" (The Guardian)

EJECTORSEAT
“Punchy pop-rock with an urgency that is utterly addictive. Think Blur when they used to have fun, but without the bad accents, or Kaiser Chiefs when they make you wanna pogo." (The Times)


KOMAKINO
Ace punk-pop from the finest band to come out of Derby for at least a decade.

MINT IVE
Possibly the biggest band in Nottingham at this moment in time. Expect massive riffs, even bigger choruses, and stage invasions aplenty from their infamous "210" following.

SUB-ROSA
If the second Cooper Temple Clause album had retained its bollocks and grasped the bit between their teeth it would have probably sounded like these lot. Messy as hell, which is how we like it.

AURORA STRIPE
Lincoln four-piece, some of whom are still at school, yet they write some of the most sumptious, melancholy pop since Tanya Donnelly and Kirstin Hersch first locked horns and heads.