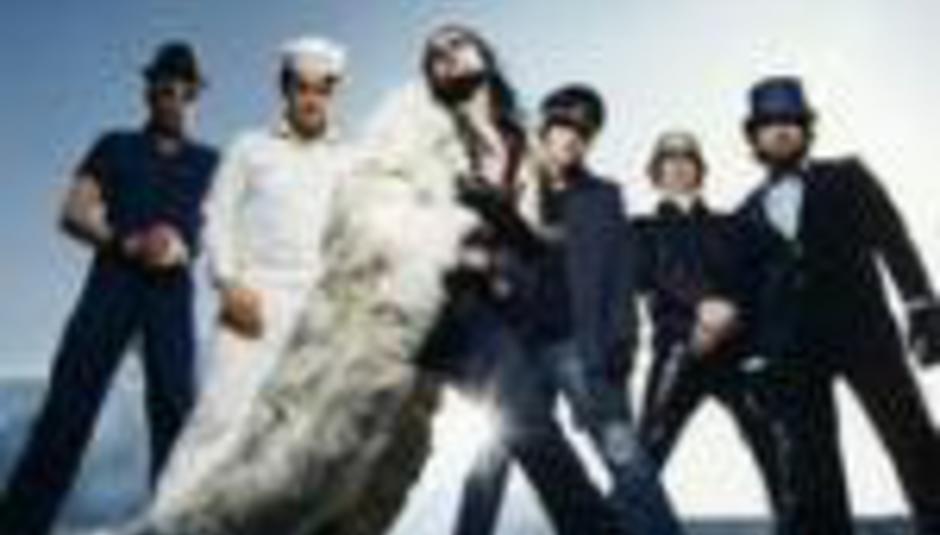 Leathered and denimed Norwegian sextet Turbonegro are to release their new album, Retox, on July 9 via Cooking Vinyl. A single, 'Do You Dig Destruction', is released a week earlier.

Retox, finally, blows away such nonsensical logic. It’s hard, heavy, hilarious, terrifying, offensive, dumb-ass, thought-provoking and plain genocidal all at once. It IS rock. Total rock. Total Turbo. A record which, to borrow a lyric from its riotous lead single, ‘Do You Do You Dig Destruction’, will hit you like “brass-knuckles and a 2-by-4”.

Superb LOLZ all round, there. The album comes with production from John Agnello, responsible for The Hold Steady's breakthrough Boys And Girls In America LP of earlier this year. Turbonegro play a couple of UK dates next month:

Check the band out on MySpace here, and watch the video to 'You Do You Dig Destruction' here.