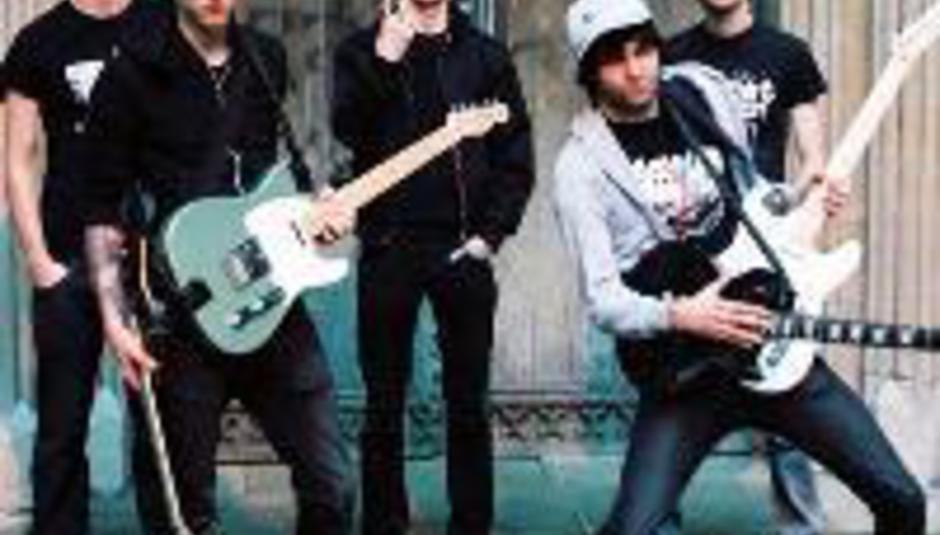 Lethal Bizzle goes to the Gallows

Lethal Bizzle has collaborated with celebrated punks Gallows (pictured) - they who tore DiS new earholes at SXSW - on a new track, 'Staring At The Rudeboys'.

The seeds for the double-teaming were sown at said industry conference. Says Mr Bizzle in NME of seeing Gallows in the flesh in Texas:

"It was like nothing I've ever seen in my life. I had my last show later that night and they inspired me. They performed the whole show in the middle of the dancefloor."

Gallows six-stringer Laurent Barnard told the magazine that the band saw Bizzle loving their shape-pulling and riff-crunching. "He absolutely loved it", apparently.

'Staring At The Rudeboys' has already been recorded, and the pair hope to perform it together in the near future. Says Bizzle:

"Bringing us both together onstage is going to be pandemonium - it's gonna be crazy, man!"

Yes, yes it will be.