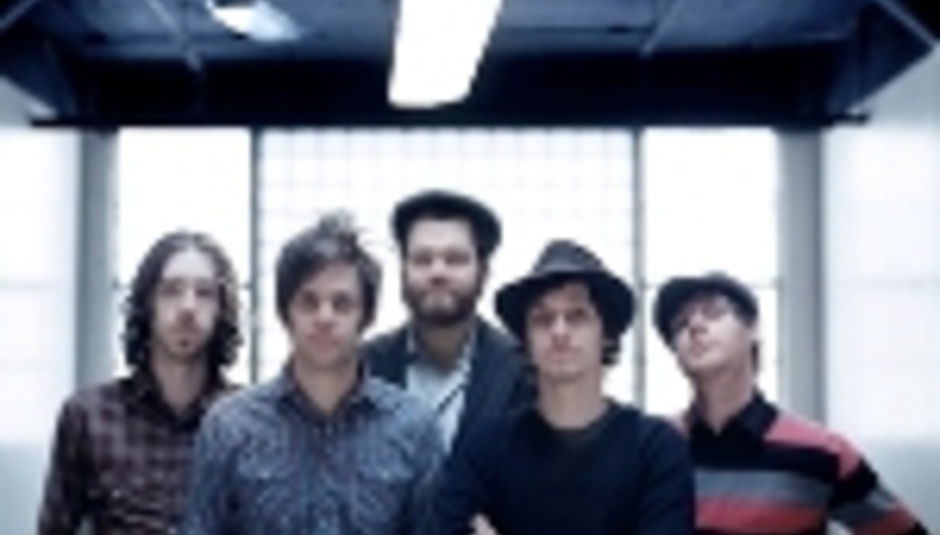 The Stills return to the UK this month with their own headline shows, in between joining Kings Of Leon on their UK tour as the main support.

The Canadian pop-rockers release new album Without Feathers on Drowned In Sound Recordings - that’d be us, then – on June 4, with a single, ‘Destroyer’, released on May 14. It’s dead good, you can watch the video here.

The band will rush back from a Swindon support slot with ver Kings to play a special signing party for DiS at London Water Rats on April 14, their first gig in the capital for three years.

Recorded in their home town of Montreal - but not Of Montreal, that would just be stupid - the album features support from a cavalcade of canuck compatriots, including Metric's Emily Haines, Sam Roberts and various members of Broken Social Scene.

It has been memorably described by DiS resident idiot-savant Samuel Strang as "more sophomore" than their first album. Live dates: