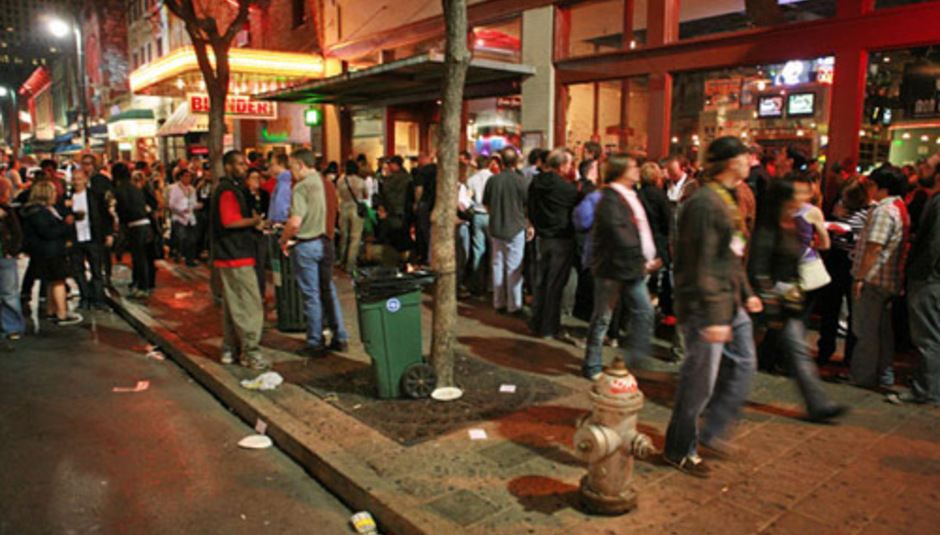 Austin was full of get-up-and-go today (yesterday). Having broken the back of Dos Equis and Lone Star drinking, there was a brimful of bonhomie and a slew of day parties to attend.

Drowned in Sound had its own partner event on the go; Robert Gomez wowed and Gallows screamed and stood on tables. They were both individually ace.

Other ‘hot tickets’ were showcases for XL Recordings and Transgressive. Transgressive offered free pizza, but failed to open on time, so we ate foot long hot dogs instead. However, by 4.30pm, the venue was packed out for yet another set by Foals.

The arty quintet are rapidly turning out to be THE success of SXSW this year; by the end of the week, they’ll have played around six shows, and everyone so far has been a triumph of skronk vs funk. Heads have been turned, both sides of the Atlantic are paying attention and the world waits.

Other events of note was that Amy Winehouse managed to turn up for a gig, playing acoustic at the British Bar B Q to a full house, Bloc Party consolidated their position in the hearts of college America with their fifth show at Stubbs since they first played here two years ago and there was gigs and punters aplenty for Land of Talk, The Gossip and Maps & Atlases. Among many others.