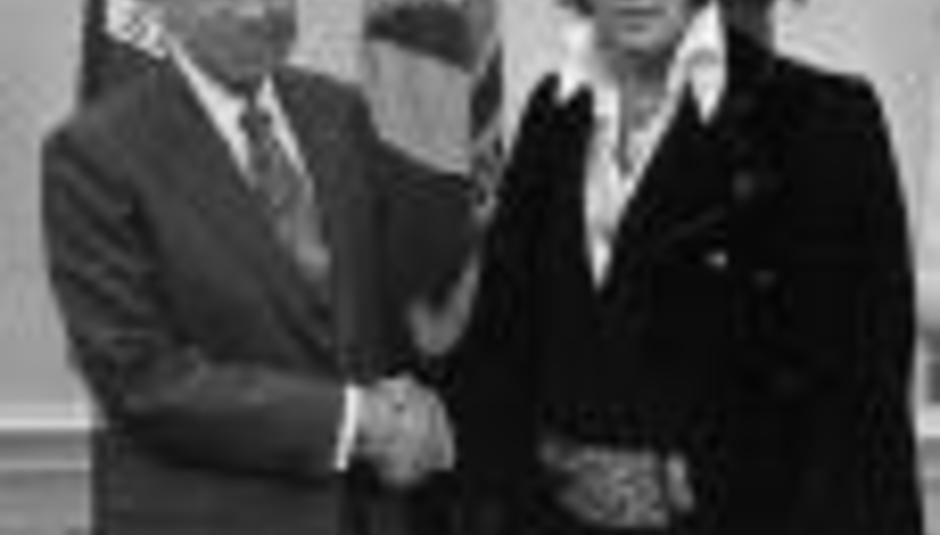 The Horrors were forced to abort a gig on Monday (13 March) in Boston after they destroyed a 2 foot tall figurine of Elvis Presley.

Playing at the Great Scott venue in Allston the band were, according to Boston Herald reporter Michael Marotta, on good form as they plugged away in their own habitually chaotic vein. Until...dun dun DERRRR: frontman Faris Badwan ran through the crowd to the back of the room, shimmied up onto a ledge and grabbed a 2 foot porcelain bust of Elvis before he "carried the bust back towards the stage, and smashed it into a hundred pieces onto the crowded dance floor."

Probably not the best of ideas. Many Americans have something of a soft spot for the King.

A scuffle ensued, in which Badwan claims he was spat on by Great Scott's security. Earlier, Marotta said, Badwan had "appeared to punch a female onlooker in the chest".