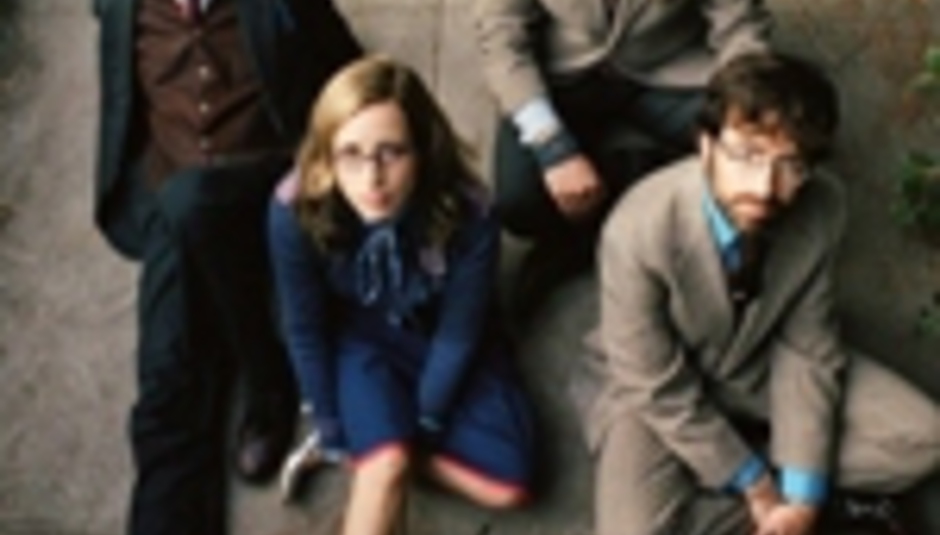 Acclaimed lady of music Laura Veirs - that's her, there, plus band - is to release her sixth album, Saltbreakers, next month via Nonesuch.

According to the powers that be, "Veirs remains fascinated by the natural world, filling her work with images of the ocean and the stars. But she digs even deeper this time, incorporating the turbulence of her own life and the larger world into this collection of songs".

Saltbreakers is released on March 26, preceded by a single, 'Don't Lose Yourself', on March 19.

Seattle-based Veirs has previously been compared to Kate Bush and Joni Mitchell. She looks like she should be a teacher. In Ohio or some place. Not Seattle.