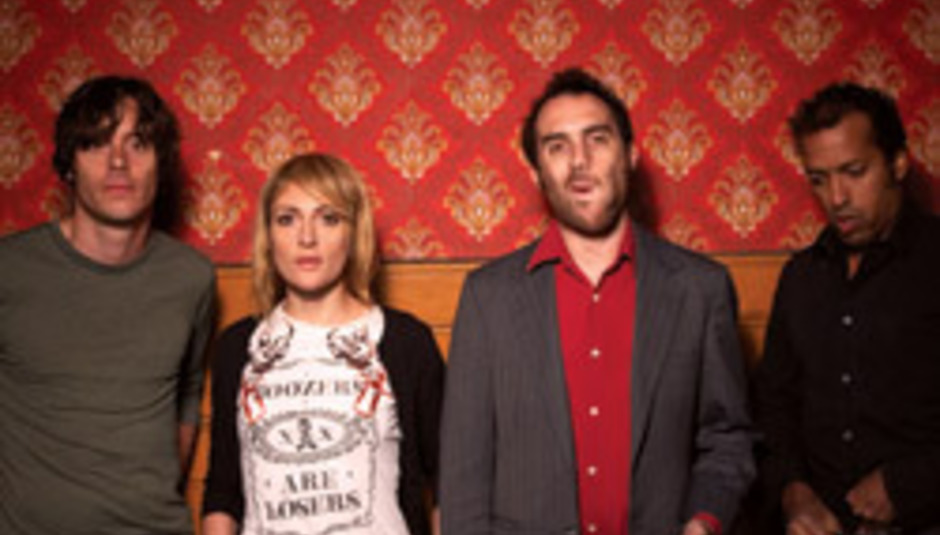 Metric add extra show! The Canadian sensations return to the UK this weekend to begin their tour with Bloc Party in support of their forthcoming single 'Empty'.

Following their January 30 headline show at Camden's Dingwalls selling out in a matter of hours, Drowned in Sound Recordings' Metric have announced a new club date.

The quartet will play at the recently launched Chalk club at the Scala, London, on February 10. Chalk is held weekly, every Saturday night, in association with DrownedinSound.com. The full line-up for the February 10 show is yet to be announced, but tickets are on sale now from TicketWeb (link below). Metricwill be on stage after midnight, following their final performance on the Bloc Party tour in Birmingham. In other news, Sean Adams from Drowned in Sound will be DJing the main room on the night.

Metric's new single 'Empty' is released digitally and as a limited-edition pink 7” on February 12th via Drowned in Sound Recordings. The single features a Howie B remix of 'The Police And The Private' as the b-side.

* = supporting Bloc Party. All BP shows are sold out.