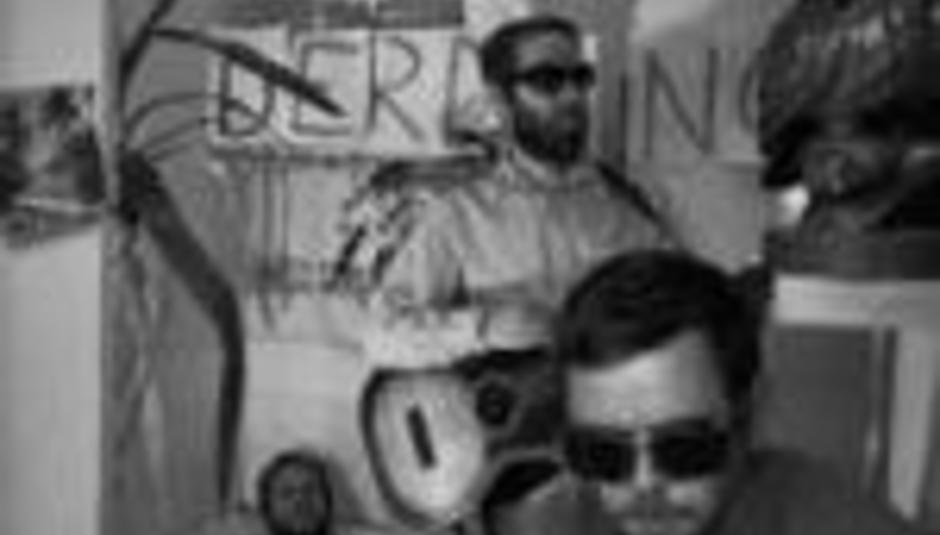 Blues-punkin' trio Archie Bronson Outfit have won the Breakthrough Award at the South Bank Awards, also sponsored by The Times.

A panel of writers from said 'paper put the band forward to represent popular music at the awards, and the bleedin' boys only won, didn't they. DiS is betting they didn't shave off, or at least trim, their manly beards before attending the ceremony, though.

Russell Brand presented the band with their award, but in more interesting news one of the band members' girlfriends managed to get in a right state after meeting one-time pop pin-up Jason Donovan. He's so dreamy!

'Dart For My Sweetheart', ABO's next single, will be released through Domino on March 26. It's great! See the band live at these places: